Dalhousie Being Transformed: The First Years of Henry Hicks, 1963-1968 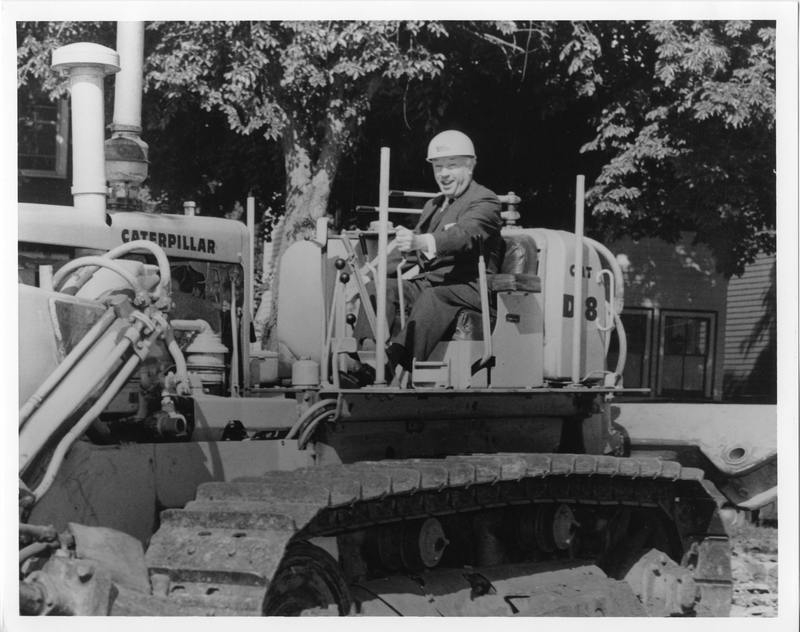 "He’s a bon vivant and scholar whose white locks curl past his collar And on whose nose there sits a pair of gold-rimmed semi-specs, ’Tween town and gown a catalyst, politico, philatelist, Part pragmatist, part poet, part Tyrannosaurus Rex. In Oxford days a rowing Blue, a middling hockey player too, An advocate in later years who reached the Premier’s chair Now Senator and President and alternating resident Of gracious South End Halifax and Ottawa so fair. He knows the vintages of wines from labels to the very vines, He knows his jazz recordings and he knows his Oscar Wilde; He even knows a thing or two about the TV interview And how to leave a viewer half-annoyed and half-beguiled. He loves the limelight, loves the chair, loves gallivanting here and there Loves pontificial perks and all prerogatives of rank. In fact, to sum up everything, it might be well to crown him King... He’d likely be the best one since the days of Louis Cinq.

"That 1979 sketch of Henry Davies Hicks by Jim Bennet ('53), introduces the man who moved into the president’s office on 1 September 1963. Hicks was neither tall nor especially dignified; he was slim and energetic, mercurial and quick-witted, not strong on patience or persistence; he gave the impression of being ready to jump at fences before he had quite got to them. But he had considerable talents. He had a politician’s tolerance of critics and criticism; he was not thin-skinned. He also had style, a happy amalgam of Nova Scotia and Oxford, a knack for making celebratory occasions memorable, a rich and engaging blend of black tie formality and earthy humour. Delicacy was not his strong point, and some could be offended by his abrupt and salty shafts. Nor was he subtle; if his bowler hats were from St. James Square, London, his humour was from Hicks’ Ferry, Nova Scotia."