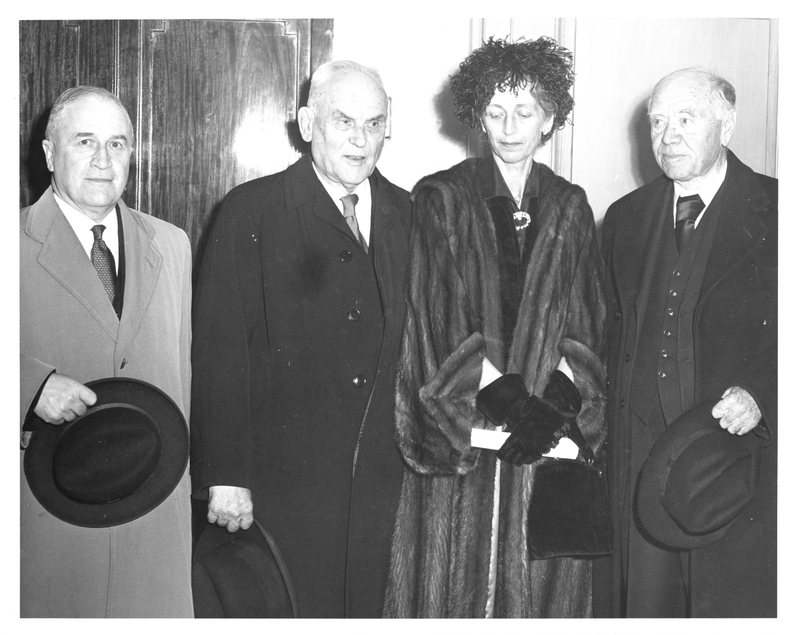 "On Monday, 10 June 1957, to his own chagrin and others’ surprise, Prime Minister Louis St. Laurent and his Liberal government were defeated in the federal election. It broke a Liberal regime in place since 1935. The architect of that debacle more than anyone else was the cabinet minister who had been there since 1935, Clarence Decatur Howe. Nine Liberal ministers lost their own ridings; Howe lost his in Port Arthur, ousted by an NDP school teacher, Douglas Fisher. Howe had thought about getting out of politics in 1955 while the going was good; now he was kicked out. Still active at seventy-two years of age, he did not like it. The new Conservative government of John Diefenbaker was sworn in on 21 June, and it had an ineradicable belief that after twenty-two years of Liberal rule the public service, especially its senior ranks, were badly diseased with incurable Liberalism. For Howe, Ottawa was now insufferable and lonely, his public service friends keeping him at a discreet distance.

"In July 1957 Howe gloomed his way down to his summer home in St. Andrews, New Brunswick. St. Andrews was not unlike Nova Scotia’s Chester, Maine’s Bar Harbor, Quebec’s Murray Bay - a summer refuge of the rich, its social life a round of sailing, golf, bridge, and cocktails. There had long been a clutch of acquaintances in St. Andrews, richer than himself, Isaac Walton Killam and Sir James Dunn among others. The relations of Dunn and Howe had been frosty during the first years of the war, but by 1947 they had warmed to each other, and in 1953 travelled to the coronation of Elizabeth II together. There is a striking photograph of the Howes and the Dunns at a coronation reception, the ladies in tiaras, Lady Dunn looking quite as beautiful as when she married Sir James a decade before, Alice Worcester Howe the solid Yankee she had always been. In 1915 she had been startled by Howe’s abrupt proposal of marriage, thought it over for four months, and agreed. The date of their 1916 wedding had been determined by Howe’s priorities, a Saskatchewan provincial election and deadlines for grain elevator tenders, but Alice’s strong intelligence accepted them. Behind the garden gate, Alice Howe ruled her home, five children, and a monster Port Arthur furnace."