The Board of Governors in the 1920s. George Campbell, G.F. Pearson, and President MacKenzie. Murray Macneill, Dalhousie’s registrar. The style and idiosyncrasies of Archibald MacMechan. Founding the Dalhousie Review. H.B. Atlee and Obstetrics. The Dental Faculty. Completing Shirreff Hall. The President’s house. The Dalhousie Student Council and the Gazette. 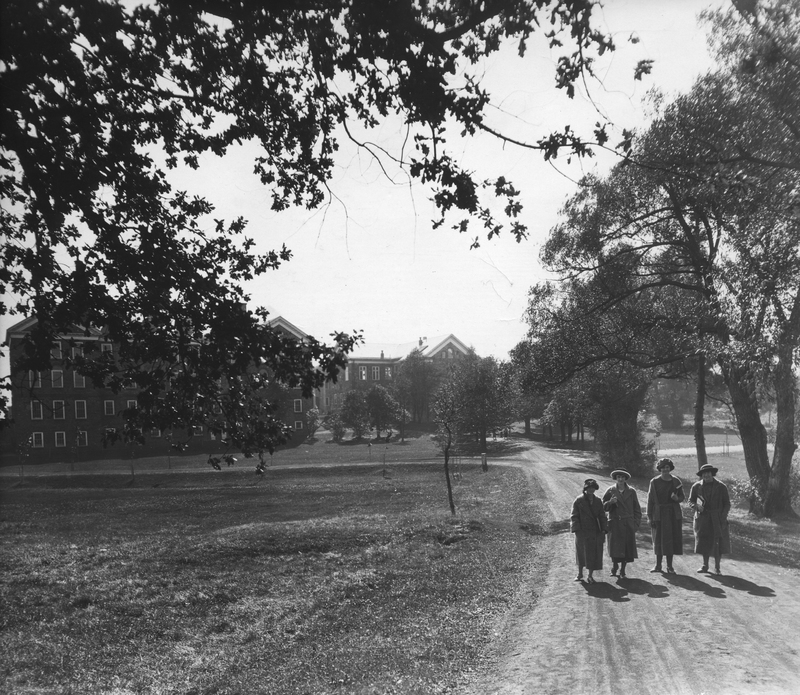 "The charter of Dalhousie University in the 1920s was still the act of 1863, with an 1881 addition to comprehend the new Law Faculty and another in 1912 to bring in the Halifax Medical College and the Maritime Dental College. The Board of Governors consisted of twenty-three gentlemen and one lady, the alumnae representative, Dr. Eliza Ritchie. All were appointed by the lieutenant-governor-in-council (the provincial cabinet) on the nomination of the board. Close ties with the government made that process effortless. The board included George H. Murray (1861-1929), the premier since 1896. Most board members lived in or near Halifax; R.B. Bennett (’93) was one of the few not normally resident in Nova Scotia. He was MP in Calgary, leader of the opposition in the House of Commons after 1927 and from 1930 to 1935 the prime minister of Canada. W.S. Fielding, another important board member, was a Nova Scotian, former premier, but until 1925 mostly in Ottawa as Mackenzie King’s minister of finance. The board of that time was powerful and vigorous, representing both sides of politics, federal and provincial, and with many ties, personal and business, to the life and work of downtown Halifax. The board can be described as conservative. It could hardly be otherwise. Dalhousie University was paid for by student fees and endowments, and the only source of endowment came from rich men and women within and outside the province. Scrounging money was the board’s job and to some extent the president’s. So far, certainly since 1908 when George S. Campbell became chairman, Dalhousie’s board had made a fair fist of that.

"Campbell was influential in persuading the Dalhousie board to take over the Halifax Medical College after the disaster of the Flexner Report. In 1909 Abraham Flexner, a classicist from Johns Hopkins, was commissioned by the Carnegie Foundation to survey 147 medical schools in the United States and the eight in Canada. Flexner savaged most of them, and nearly half the American ones were forced to close down. The Halifax Medical College, distantly affiliated with Dalhousie, was not too well thought of either. But there had to be a medical school east of Montreal and in 1910 Dalhousie stepped in and the result was the creation of Dalhousie’s Medical Faculty in 1911. Campbell it was too who brought the board to buy the Studley estate early in 1911. Campbell had also done much to forge links between Dalhousie and the city. And his presence as such an active working chairman attracted others..."