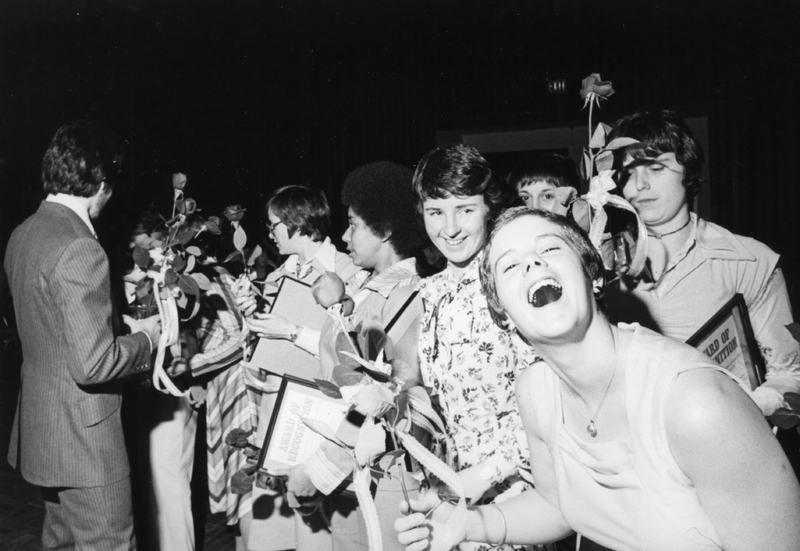 The Tigerettes field hockey team at an athletic awards banquet

"By 1972 the longstanding principle of Dalhousie being in loco parentis to students had largely disappeared. The most telling indication of that was a Committee of Deans resolution, 28 February 1969, that examination marks would be sent to students only, and to their parents only when authorized by the student. In 1969 it was clear that, the great majority of students having reached the age of nineteen, they could and should act for themselves. This shift of responsibility was confirmed legally in the Supreme Court of Nova Scotia in a 1978 case, G.W. Sutcliffe v. University Governors of Acadia.

"Since the 1930s Dalhousie fraternities had exemplified that principle. Established at Dalhousie between 1923 and 1938, they provided a home away from home, and were in effect largely self-governing. In the days when universities could not afford to build residences, fraternities provided for male students an important focus to their university life. They acquired houses and ran them near the campus. The wooden ones at Dalhousie were a far cry from the big brick ones at Toronto or McGill, and even more from the substantial stone ones on American campuses; they often needed paint; they were occasionally accused (sometimes with justification) of being noisy and rowdy. But a 1966 survey by the Gazette suggested a genial tolerance by neighbours: 'We were all young once'; 'they’ve got to live'; 'they’re nice boys. I’d be happy if they would... not make so much noise Saturday nights.' Fraternities were a useful student solution to residence problems; that was Carleton Stanley’s view back in 1935. At that time some 30 per cent of Dalhousie male students were members; the advent of Howe Hall in the 1960s made fraternities as residences less important, but their membership was in 1969 still 8 per cent of the student body." 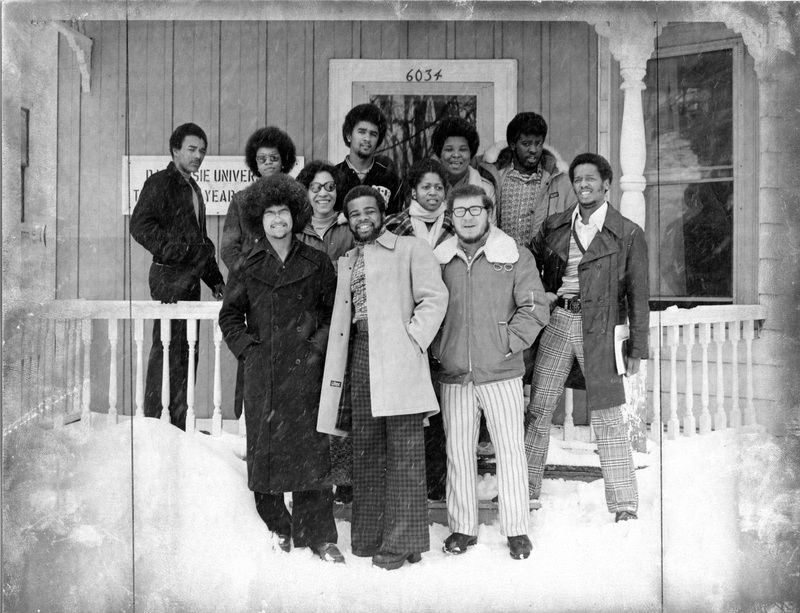