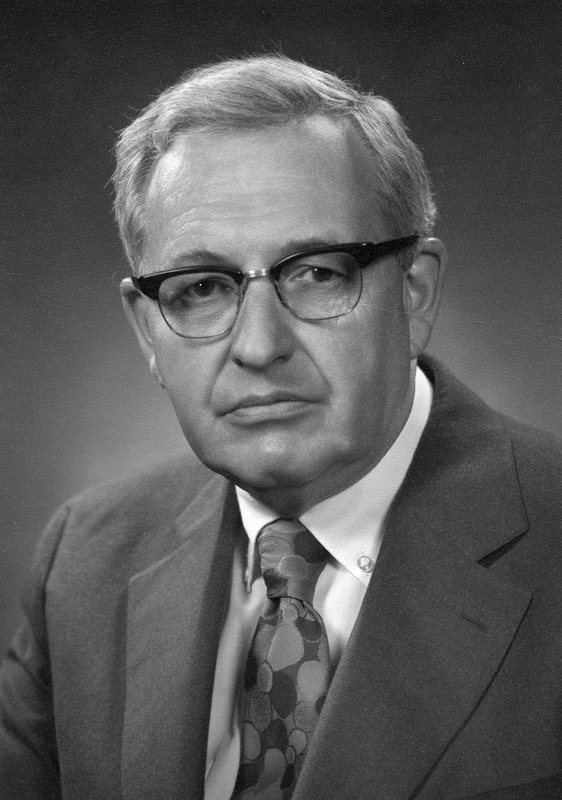 Robert Orville Jones was born in Digby County on March 31, 1914 and received his early education at Bridgetown in the Annapolis Valley. He entered Dalhousie University at age 16 and graduated with a B.Sc. at 19 and an M.D. at 23. After completing a year of general practice, he began his training in psychiatry in 1938 at the Maudsley Hospital in London. Following his training in England, he studied at Johns Hopkins for 2 years as a Rockefeller Fellow. In 1941 Dr. Jones joined the Dalhousie Faculty of Medicine as Associate Professor of Psychiatry. In 1949 he established the department of Psychiatry and was appointed Professor and Head, a post he held for 26 years.

In 1970 he received an Honorary Doctorate of Engineering by the Nova Scotia Technical College. Included among his numerous accomplishments is the appointment of Honourary Fellowship of the Royal College of Psychiatrists of Great Britain in 1982. Dr. Jones continued to be active in professional organizations and was named Professor Emeritus of Psychiatry at Dalhousie. He passed away on August 26, 1984. 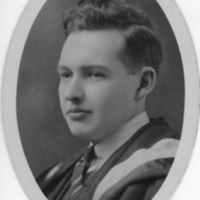 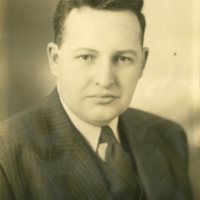 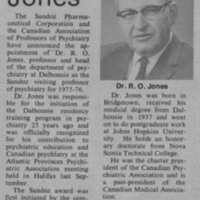 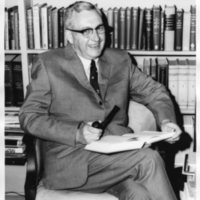 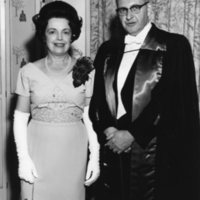 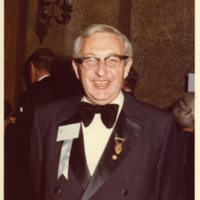 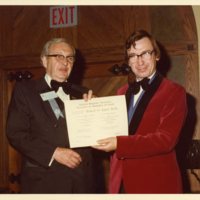 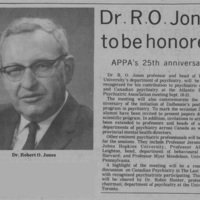 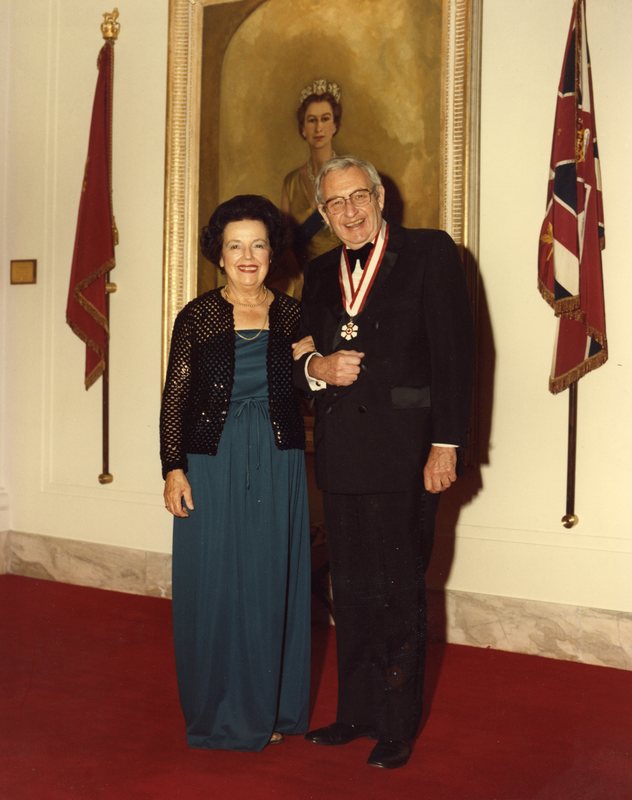 Dr. and Mrs. Jones at the presentation of the Order of Canada