Triumphs and frictions at the Cohn. Finishing Dalplex, 1976-9. The Dalhousie Staff Association. The Dalhousie Faculty Association and the Faculty Club. The advent of collective bargaining, 1978-9. The adventures of CUPE local no. 1392. Senate strives for a more purposeful mission. The status of women and improvements in campus life. Finding a new president, 1979. The wages of the Hicks era. A retrospective. 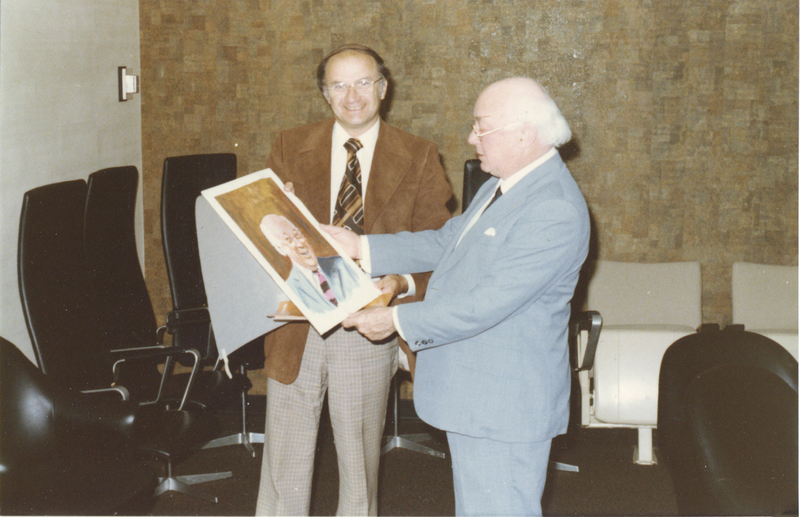 "Henry Hicks was outspoken on many subjects; he enjoyed jazz, about which he considered himself, as in so much else, something of an expert. His opinions were largely unchecked by either diffidence or hypocrisy. It was the same with art. In November 1967, opening the Second Atlantic Exhibition of Art in the Arts and Science Building, he disagreed openly with the decision of the judges in awarding the first prize. Hicks preferred Christopher Pratt’s Newfoundland realism, 'Woman with a Slip' to Lawren Harris’s abstract 'Pentagon,' to which the judges had given the prize. This incident afforded the local papers a rich feast for comment and cartoons, most of which supported Hicks.

"By the late 1970s Dalhousie’s main achievement in community relations had been the Arts Centre. It now had a masterful impresario and functioned under the president’s Committee on Cultural Activities. This committee had become largely administrative and in 1968 had been taken from under the fostering wing of Senate. Senate surrendered it not only because of the committee’s functions, but because it had confidence in the chairmen and in the cultural aspirations of Henry Hicks, unlike those of President Kerr, in whose regime the Senate’s committee was first struck.

"The Committee on Cultural Activities had a series of able chairmen in these years - C.B. Weld of Physiology, M.M. Ross of English, and in the 1970s G.V.V. Nicholls of Law. It branched out with subcommittees in theatre, music, film, the art gallery; its membership now came to include artistic representatives from around Halifax, including Saint Mary’s and Mount St. Vincent. The Dalhousie Arts Centre had created cultural ferment, some of it excellent, some of it raucous, some of it the result of the taste of the Cultural Activities Committee, and increasingly more of it the result of the range and vigour of the executive secretary of the committee, who ran the Cohn operation..."