The Rise of Tourism 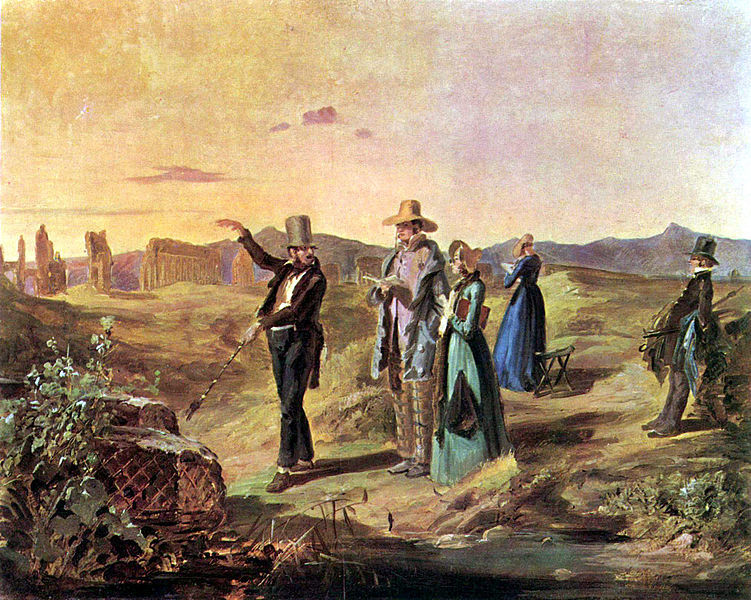 The highly organized nature of travel prompted some unsavoury aspersions, namely to do with the now commonplace nature of tourism. By the beginning of the nineteenth century, tourists—representatives of a modern industrial society—became regarded as a commercial collective with a hive-mind mentality who only sought out locales included in holiday packages rather than embark on places yet unconnected by ship or rail.[4]

The ‘true’ traveler, alternatively, was one who avoided the tidy connections from platform to platform, setting out on foot instead.[5] The idea of the 'true traveller' catalyzed the birth of the “modern ‘backpacker’ mentality.”[6] The discrimination between that of the occasional vacationer and ‘true traveler’—one who treks haphazardly into the unknown—made for travelogues of greater depth and vitality, according to the Romantics, namely Samuel Taylor Coleridge, William Wordsworth, and Lord Byron.[7] A more careful codification of travel narratives began to take place, building off visions of the empire and focusing on the traveler’s subjective experiences of places explored.