The Picturesque as Ownership

Once a domestic aesthetic pleasure, the picturesque was extended to a national and international scale, eventually transitioning its values into an imperialist effort that shaped, Stephen Copley and Peter Garside propose, “British … accounts of colonial landscapes and cultures. Even within the British Isles,” they write, “the discourse of the Picturesque intersects with and is shaped by the discourses of colonialism at various points”.[5] 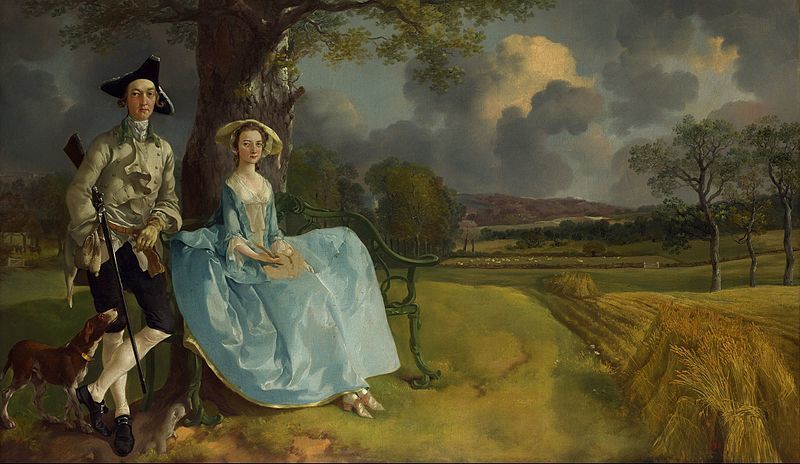 before their newly acquired property

The picturesque—hospitable to the object of colonialism, the possession of lands and all contained therein—surveyed far-off agricultural and commercial economies, demonstrating the political viability of the empire’s exploration and development of such regions.[6] As Britain’s agricultural efforts were unsupportive of the quickly growing population, apprehending the suitability of other regions to expand agricultural and economic development was deemed necessary.[7] Among the primary goals of the survey—including mapping the geographical characteristics of new terrain—was to re-name lands deemed ‘new’ and to attribute ownership of natural worlds;[8] the ideological investment in the picturesque accelerated colonial efforts to subdue other lands and absorb them into the British Empire.

While the scenes in a picturesque painting appeared to display a rough and irregular environment, indicating its organic and undisturbed nature, these images were in fact highly ordered, relying on a specific structuring of background, middleground, and foreground, which sometimes required a complete reorganization of the landscape to appropriately fit picturesque criteria.[9] 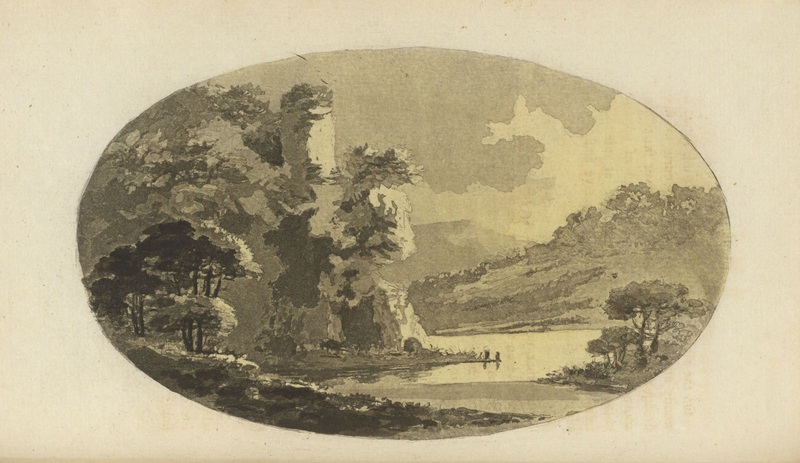 An example of a picturesque
landscape taken from Gilpin's Observations