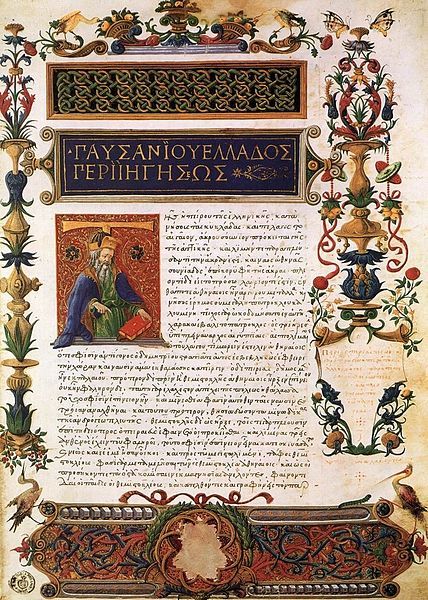 Description of Greece,
originally written in the second century CE,
by the Roman geographer Pausanias

Although Western narratives about travel and exploration have existed since around 1130 BCE, early accounts of exploration did not resemble more contemporary travel literature with its focus on the recreation of the experience of travelling. Rather, travel writing of this time was an accumulation of information gathered about locations and native rituals.[1] Following the Medieval era of travel writing, which was a hybrid, Carl Thompson observes, “of the factual and the fabulous,”[2] the European discovery of the Americas in the fifteenth century led to a veneration of travel writing for its ability to report on discoveries of geographic regions as well as establish opportunities for trade and conquest.[3]