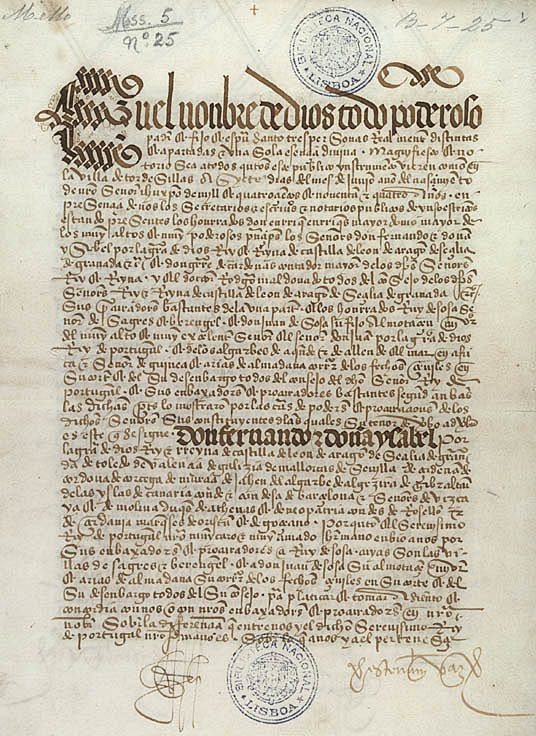 The Treaty of Tordesillas, 1494

The genre, referred to in the fifteenth century as ‘voyages and travels,’ was consequently used to justify wider exploration of India, South East Asia, Brazil, and Central and South America, demonstrated by Pope Alexander VI's signing of the Treaty of Tordesillas in 1491.[4] Subsequently, politicians, merchants, and navigators in the West utilized documentary narratives containing geographical information to commission more in-depth voyages for various commercial and political projects.

Though travel writing was not used strictly during navigation and exploration, in Britain it remained a practice primarily among explorers and aristocrats, and was utilized from the fifteenth to the seventeenth century to expand powers of the state into new territories.[5] Due to a predominantly illiterate public and the inaccessibility of printed materials, travel writing did not become widely read for another two centuries, thus remaining primarily a political, rather than literary, mode that aided commissions of voyages. It was not until the eighteenth century that travel writing began to exhibit more of the nationalist and imperialist sensibilities that came to typify British travel writing.

Developing from sixteenth century travel reports and maps—concealed from the public and competing European nation-states—satirical travel accounts began to appear with more frequency, such as Thomas More’s Utopia. Such works signaled a growing interest in travel and the changing political attitudes catalyzed by this new culture of exploration.[6] The events imparted in Utopia set the tone for later travel narratives, influencing both fictional and official journey accounts, showing that personal testimonies of voyages offered greater veracity in the understanding of geographical locations.[7] 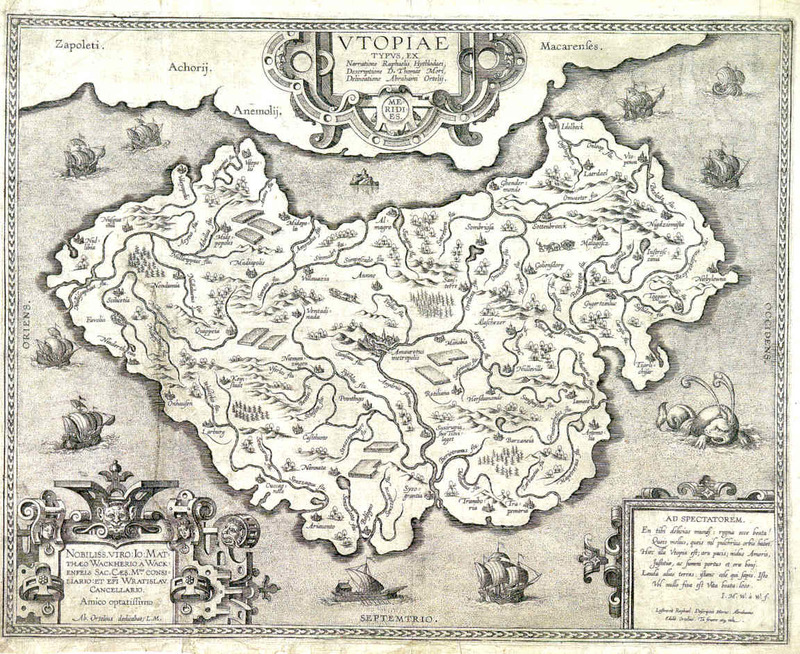 The discretion of perspective, which situated the author as the expert or witness of a particular space, was already a feature in the fourteenth century travel narratives, seen in the works of Marco Polo and John Mandeville, and later in the fifteenth century with Christopher Columbus.[8] Philosophers by the eighteenth century began to appreciate the empirical fruits acquired through travel, which could further substantiate investigations on the centrality of the human intellect, which was soon becoming a predominant Enlightenment concern. John Locke, however supportive of philosophical enquiry conducted from the comfort of one’s home, encouraged travel beyond the European continent: “to study HUMAN NATURE to purpose, a traveller must enlarge his circuit beyond the bounds of Europe”.[9] During this time, scientists, philosophers, and commissioners offered instruction on documenting observations, such as topographies, geographies, and cultures, and in so doing, developed the foundations of anthropological enquiry and set the tone for modern travel writing.[10]