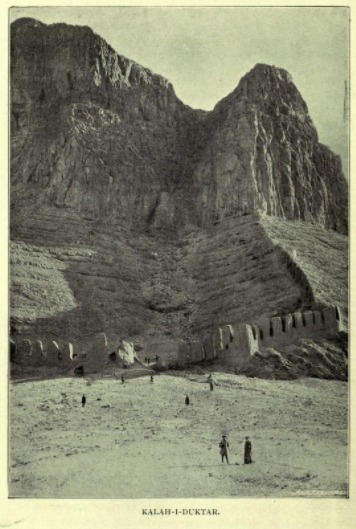 Most significant of the reference points is the author’s position through the subjective ‘I,’ from which the author experiences environments and individuals. In the nineteenth and twentieth century British travelogue, it is from this position that the perceiving eye/‘I’ constructs a singular British identity against the subject under observation. In psychoanalytic terms, Frederic Regard refers to this construction as “an intersubjective linguistic event occurring on a specific terrain,”[9] in which the traveller is caught between interaction and performance, of a lived experience and a moderated one, respectively. In other words, the writer of the travelogue must decide what of the lived experience to share and how to share it.

Because the travelling writer is at once a discrete individual as well as a representative of the nation to which they belong, the identity of the person behind the travelogue is, like everyone else, contingent upon various myths, interpretations, and circumstances of personhood. As these shift, so too does the identity of the individual, meaning that identity is constantly in flux and in transit, like the traveller. The self, Thompson describes, “seems to have no fixed, stable essence unique to itself, but rather is always evolving dialogically … or relationally … through its interactions with the wider environment and with others.”[10] This fluidity is referred to in philosophical and social scientific theories as intersubjectivity—the distillation of discourses which operate simultaneously, are sometimes incompatible, and function to inform and disturb one’s identity. Each social encounter, consequently, showcases the contamination of the multiple narratives and ideas at play within a person’s identity. Travel writing is defined by this exhibition. Barbara Korte, in her book English Travel Writing: From Pilgrimages to Postcolonial Explorations, notes that travel writing displays the interaction of travelling subject with the ‘foreign’ world, but also points out the object of the writer’s curiosity may not be the foreign land but one’s own culture: “Travel writing,” observes Korte, “thus provides us not only with an impression of the travelled world, but the travelling subject is also laid bare.”[11]

However, the perception of the travelling subject works to shape the terrain through which they explore. Bringing a lifetime of beliefs, traditions, and biases prescribed by one’s culture, the writer perceives the foreign land through the same filter with which they examine their own. Quoting Manfred Pfister, Korte notes: “The [country] for which the traveller sets out is never a tabula rasa but always already inscribed with the traces of the previous texts.”[12] In this way, articulations of the ‘other’ are dependent on the cultural scripts of the traveller and are used to determine and decipher their behaviours. From an imperial, orientalist perspective, the purpose of this is to demarcate a distinct line between the traveller and the inhabitant, and to establish the imperial gaze.[13]

As the picturesque’s gaze surveyed landscapes seemingly uninhabited and wild, British travelogues of the nineteenth and twentieth century described lands that likewise appeared unpopulated.[14] Relying on established visual aesthetics, travelogues expanded upon imperialist values by directly articulating the pleasures of empirically possessing foreign lands.[15] Though less committed to the imperial project of expansion, Korte argues, the traveller—as opposed to the explorer—still upheld the principles of a British superiority, though their imperial gaze was one of superficiality, ambiguity, and commonness, and therefore reductive of the persons which they fleetingly encountered.[16] Regardless the writer’s motivation, the colonial project coloured the traveller’s gaze, so that the writer would see either a subject for possession or an object of temporary diversion.