The Imperial and the 'Exotic'

As continental and international tourism regained popularity toward the end of the nineteenth century, and the British Empire likewise secured more economic and political footholds in Africa, Asia, and the Americas, narratives concerning these lands were consumed to a greater degree. Having already assessed the profound social impact of the picturesque in painting and literature alike, travel writers, demonstrating how these regions were now a part of the British Empire, found eager audiences in those unable to physically encounter these ‘exotic’ locations. 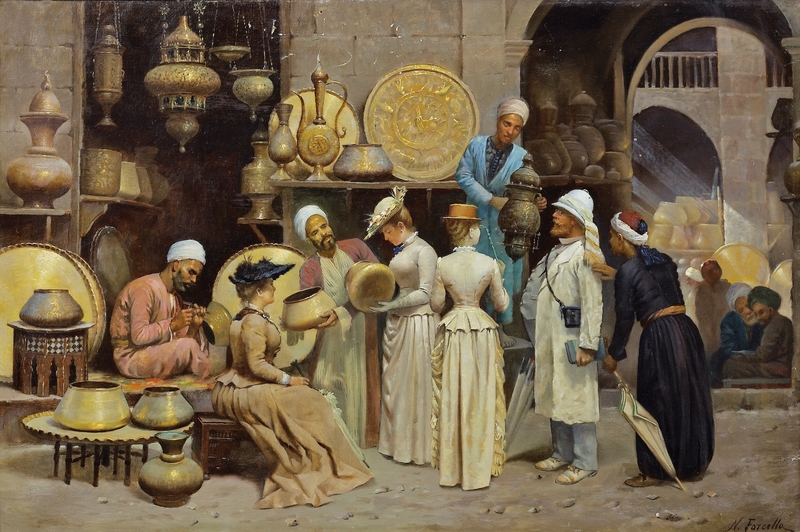 In a similar fashion that the picturesque exercised the crucial link between exploration and consumption, travel writing could more explicitly communicate Britain’s imperialist values while maintaining a level of aesthetic and literary pleasure to keep readers engaged and supportive of their country’s colonial endeavours. Similar to the picturesque’s concentration on temporality, travel writing depicted so-called ‘exotic’ lands as antique and romantic to justify the reshaping of that land, manipulating the foreground, middleground, and background in literary form to fit the perspective of the British purveyor.[4] The literary temporalization of colonial lands by comparing African or Asian colonies to ancient, Biblical, or medieval realms advanced a dialectic of exoticism and essentialism that further enabled the colonial perspective and supported a modern, capitalist ethic.[5] Ensuring that the perspective of Britain’s relative modernity remain intact, travelogues situated identities not along a continuum but in a binary opposition of ‘us/them’ that codified a specific way of seeing ‘others.’

Travel writing did not always operate under the need for control as the curiosity of the writer or reader occasionally meant an inclination toward simply knowing the land, “leading the observer to a rational, philosophical articulation of foreign singularities.”[6] Yet this attempt to ‘know’ the land remained a fundamentally “colonial project,”[7] especially as the works emphasized the diplomatic and political issues plaguing the depicted nations, further enabling the attempt to take control of those nations.[8] Building off the natural sciences’ impulse toward observation, travel writing communicated the imperial measurement of the world as an “intellectual conquest,” an “imperialism of improvement:”[9] a need for order and rationality in each region of British occupation. 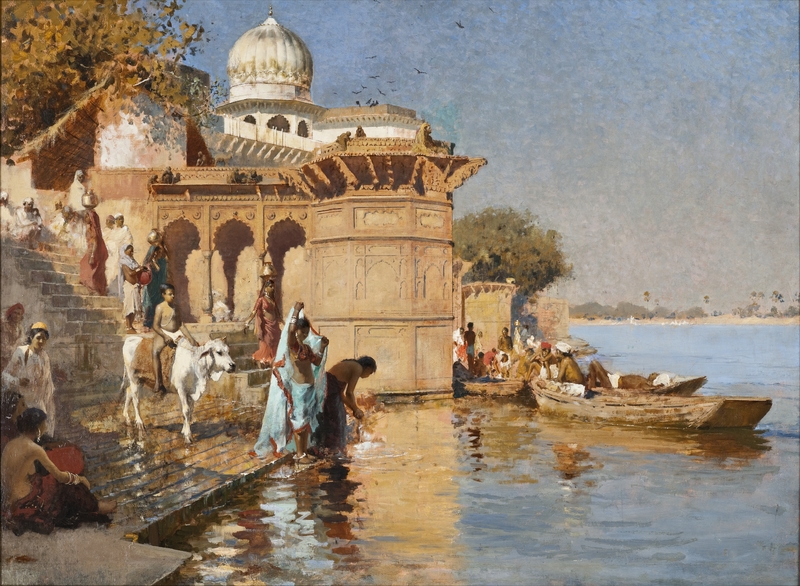 This view of curiosity also contained within it the colonial urge for possession, the literary representation of which stemmed from the picturesque’s visual codes of ownership and consumption. Thus, these two forms of curiosity—desire for the knowledge of distance lands and the desire to possess these lands—were often inseparable themes found in the majority of British travel narratives, and were depicted through what Leask describes as “fleeting, superficial accounts of foreign lands and peoples.”[10] Such descriptions also contained distinctly British impressions by the traveler toward these lands and peoples. The writer, like the picturesque painter, emerges from the landscape as the discrete examiner of it: “The landscape is intended to be viewed from where [the writer] has emerged upon it,” Mary Louise Pratt writes, “Thus the scene is deictically ordered with reference to [the writer’s] vantage point, and is static.”[11] The fixity of the writer’s perspective necessarily orders the landscape by virtue of their inflexibility as observers; the mastery is dependent on the individual seeing and not the individuals being seen.[12]