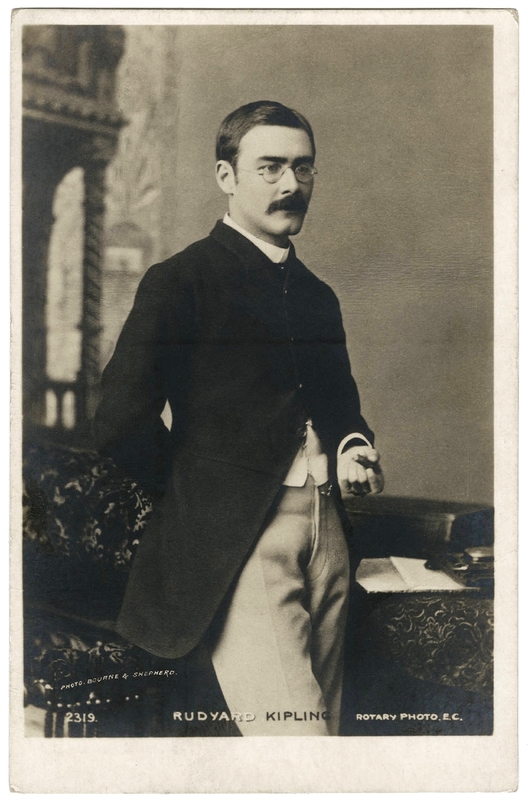 Rudyard Kipling (1865-1936) was an English author who wrote novels, children's stories, journal articles, and poetry. His most famous works include The Jungle Book (1894-5), Kim (1901), Plain Tales from the Hills (1888), and other short works, including “Gunga Din” (1890), “The White Man’s Burden” (1899), and “The Man Who Would be King” (1888). Writing in the late nineteenth and early twentieth centuries about his experiences in India, Hong Kong, Singapore, Japan, America, and Canada, Kipling became a spokesperson for the British Empire and was celebrated for his mastery of the short story form.

The works included in the Kipling Scrapbooks Digital Exhibit focus on his early journalistic writings published in The Pioneer Mail that later informed his most celebrated works, namely The Jungle Book and Kim. This exhibit also features several scrapbooks about his life and works, created contemporaneously with Kipling’s publications, to showcase the early impact Kipling made on his audiences, an impact which continues to this day.