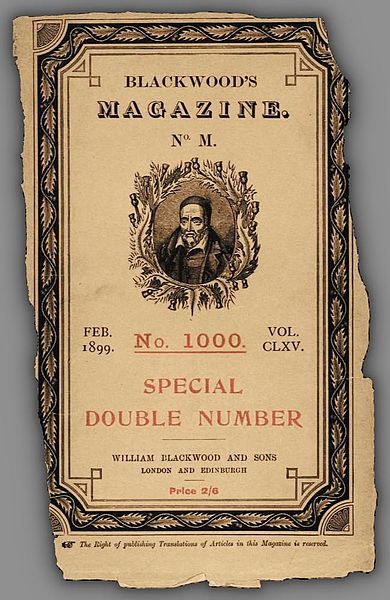 The magazine in which Joseph Conrad
published the first installment of
Heart of Darkness (1899),
a narrative based,
in part, on his travels in the Congo

Because the journey is reconstructed in narrative form it is “therefore fictionalized, in the moment of being told,”[5] and for this reason, travelogues have been referred to as “fictions of factual representations,”[6] though this dismisses other facts present within travelogues, such as the personal goals and views of the authors to offer specific visions of themselves within the foreign landscapes. The events may not be exact, but the biases and opinions included are shaped by their lived realities, offering glimpses into the colonial attitudes of their daily lives. As travel narratives are shaped, Nigel Leask writes, “by the dominant intellectual concerns of their authors,”[7] the features of the travelogue reflect and reify the imperialist predilections of their British writers.

Travel writing’s dependency on observation instead of imagination—fact over fiction—cemented certain ‘truths’ communicated within their pages, converting representations of foreign lands and people into imperial subjects of the British Empire. The literary codes for interpreting new landscapes and cultures, therefore, relied on a series of reference points that signaled the West’s superiority over oriental ‘others.’[8]