Painting and Viewing the Landscape 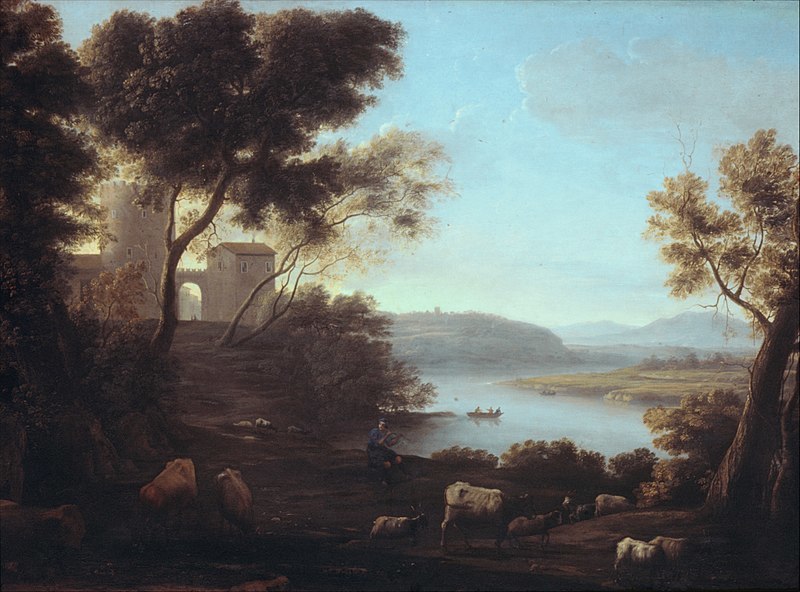 Developing from previous landscape aesthetic movements, Gothicism and Celticism, the picturesque promoted a romantic viewership of British settings, which hitherto had been dismissed as too familiar and non-Classical, therefore, unworthy, in many respects, of artistic representation. But the gaining ascendency of the middle class and the development of roads throughout Britain made leisurely depictions of British scenery a pleasant hobby for the newly mobile landed classes. Building off Italianate styles of landscape painting, the picturesque favoured images of decay, fragmentation, and irregularity in wild, undeveloped terrain.[2] The source of aesthetic pleasure for Gilpin was the assumption that the country remained unexplored yet familiar enough for viewers to recognize so that they may find solace within the painting rather than feel alienated by it.[3] Assisting in the promotion of a distinctly British landscape aesthetic to represent lands possessed, the plein air artist simultaneously occupied the position of explorer.[4] The gesture toward the consumptive quality of the picturesque—the act of scouring out new locations and possessing them through painterly expression—allowed for the colonial perspective to become firmly embedded within representation.