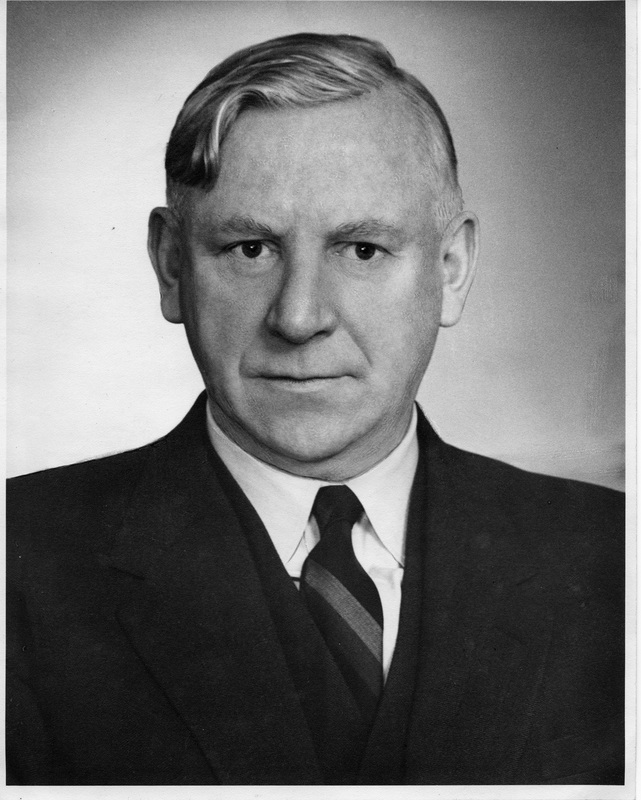 Norman Archibald MacRae MacKenzie, better known as "Larry MacKenzie," was born in 1894 in Pugwash, Nova Scotia. He was educated at Pictou Academy before moving to Saskatchewan at the age of fifteen to farm with his brothers. In 1913 he entered Dalhousie, where he studied for one year before enlisting in the army. From 1914-1918 he served overseas in the first World War. While overseas, MacKenzie sent updates back to Halifax, which were published in the Gazette on December 5, 1918: 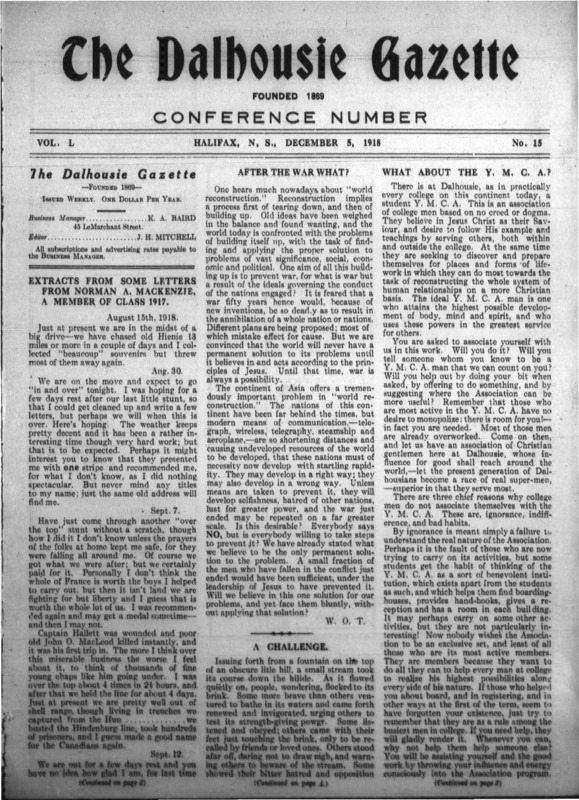 After the war, MacKenzie returned to Dalhousie to graduate with his BA in 1921 and his LLB in 1923. During his time at Dalhousie, MacKenzie was involved in the Dalhousie Athletic Association, the football team, and the veteran's association. He was also president of the students' council in 1922-23: 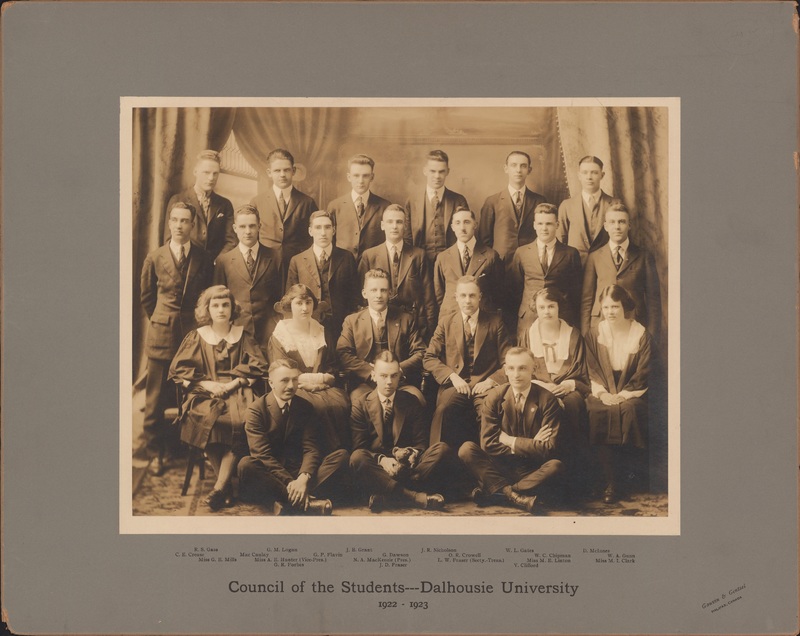 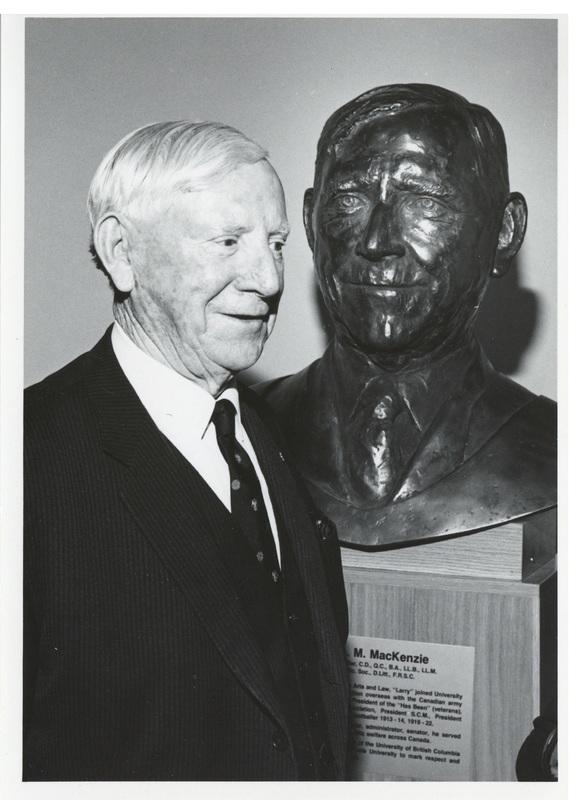 MacKenzie received his LLM from Harvard University, where he also won a Carnegie fellowship to study international law at Cambridge. Following two years as legal advisor to the International Labour Office in Geneva, Switzerland, in 1927 MacKenzie took up a professorial appointment at University of Toronto, where he taught for thirteen years. In 1940 he became president of the University of New Brunswick, and from 1944-1960 he served as president of the University of British Columbia. He was appointed to the Senate from 1966-1969. MacKenzie and his wife, Margaret Thomas (1903–1987), had three children: Bridget, Susan, and Patrick Thomas. He died in 1986.

← The Dalhousie Stationary Hospital No. 7
George Stairs →
The Great War and After, 1914-1922
Norman "Larry" MacKenzie