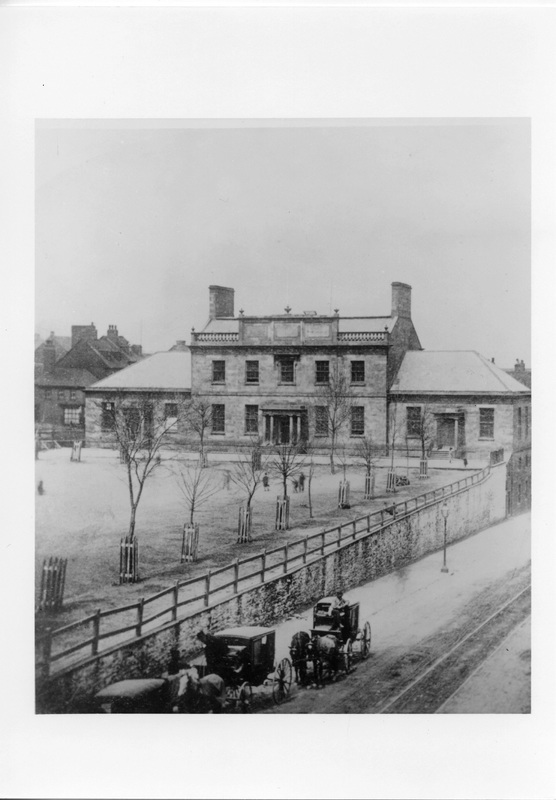 "As the 1840s ended, Halifax was beginning to feel the accelerating pace of change. It began with steamships. Howe met up with one on his way to England in May 1838. He was twenty days out of Halifax with several hundred miles to go, his sailing ship, the Tyrian, was rolling about in a dead calm, when out of the west, underneath a pillar of black smoke, came a steamship. 'On she came,' reported Howe, 'with the speed of a hunter, while we were moving with the rapidity of an ox-cart loaded with marsh mud.' She was the Sirius, fourteen days out of New York on a trial run. Samuel Cunard’s steamers began regular runs from England to Halifax and Boston two years later, RMS Britannia arrived in Halifax at 2 AM, 17 July 1840, and after a few hours went on to Boston. She was carrying mail - letters with the first new postage stamps issued in May 1840, the penny black and the twopence blue.

"It was a Cunard steamer that in 1842 brought Charles Dickens to Halifax. Howe met him and escorted him rather breathlessly around the sights during the brief stop the steamer made. It happened to be the day of the opening of the legislature. Howe was the Speaker of the House; Dickens accompanied him and described the scene:

[I]t was like looking at Westminster through the wrong end of a telescope. The Governor [Lord Falkland], as Her Majesty’s representative, delivered what may be called the Speech from the Throne. He said what he had to say manfully and well. The military band outside the building struck up God Save the Queen before His Excellency was quite finished; the people shouted; the in’s rubbed their hands; the out’s shook their heads; the Government party said there never was such a good speech; the Opposition declared there never was such a bad one...

The market is abundantly supplied and provisions are exceedingly cheap... The day was uncommonly fine, the air bracing and healthful, the whole aspect of the town cheerful, thriving and industrious. I carried away with me a most pleasant impression of the town and its inhabitants..."