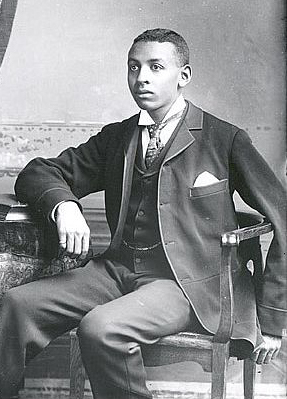 James Robinson Johnston was born March 12, 1876 in Halifax, NS. He attended a black segregated school before they were repealed in 1884, and he was able to attend Albro Street School. Johnston was a successful student, and went on to study at Dalhousie College in 1892 at the age of sixteen. He received a Bachelor of Letters in 1896, becoing the first person of African descent to receive a degree from Dalhousie College and the first African Nova Scotian to graduate from a college. He continued at Dalhousie's law school, earning a law degree in 1898. He was called to the Bar two years later. While in school, Johnston had worked as a clerk for Frank Weldon Russell and later John Thomas Bulmer. He later joined Bulmer's law firm, and took it over in 1901 when Bulmer died. Johnston was the only person of African descent practicing law in Nova Scotia before WWI. In 1902 he married his wife Janie. They had one son, who died as an infant. Johnston was an organ player at the Cornwallis Street Baptist Church, and an active member of the black community in Halifax. He participated in the African Baptist Association, the Order of the Good Templars, and other organizations. He was also an advocate for education for young African Nova Scotians. James Robinson Johnston died on March 3, 1915, at 38 years old after being shot and killed by his brother-in-law at home. 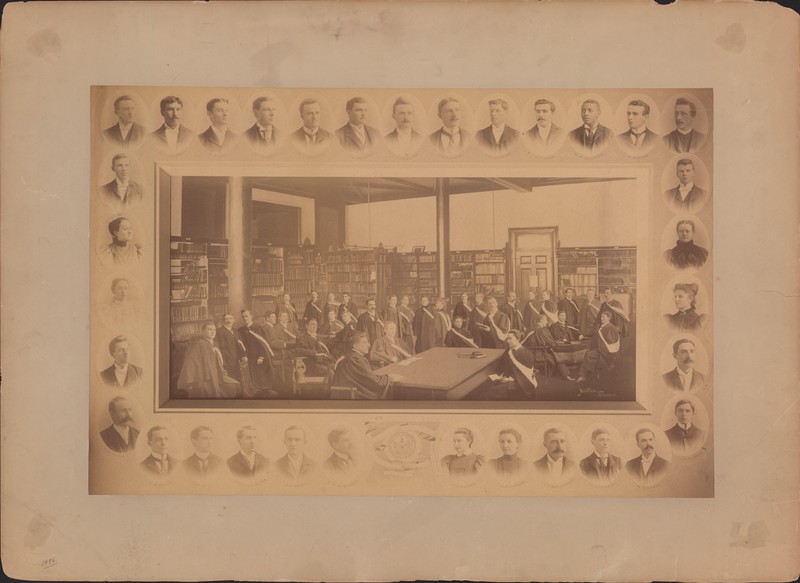 James Robinson Johnston was the first black student to graduate from Dalhousie College. 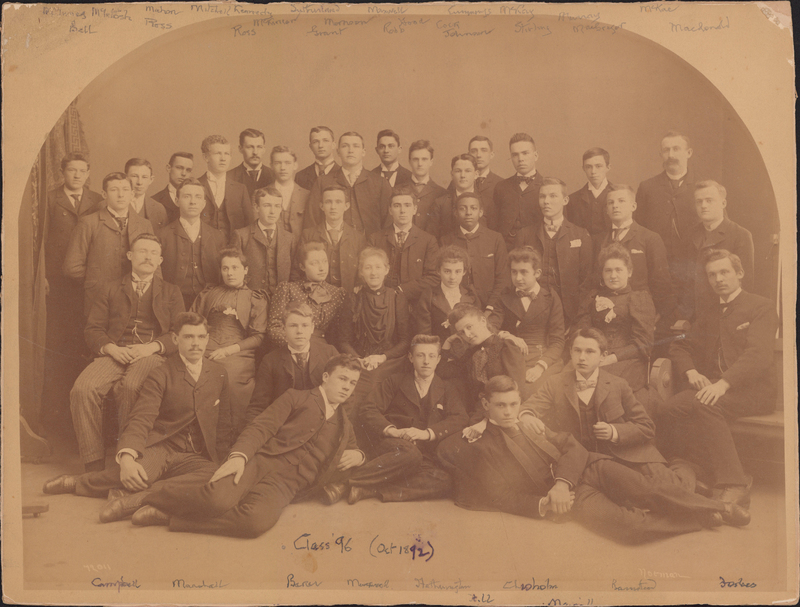 Johnston and his class as freshmen in 1892

Johnston's classmates held a high opinion of him, as seen in this biography from The Dalhousie Gazette, Volume 31, Issue 1:

James Robinson Johnston, B. L. Ll. B., was no unimportant member of this important class. His beaming face was always welcome amongst us. He had a particular fondness for the fair sex and in consequence always took a prominent part in the College "At Homes." Jimmie still shows a longing for Dalhousie, and he is taking the lectures in Procedure with us again. He will, we understand, put out his shingle in Halifax. He deserves great credit for the admirable way he has overcome obstacles to obtain a thorough preparation for the bar, and no doubt his efforts will secure for him a prominent place in the future of the country. 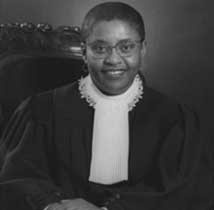 The James R. Johnston Chair in Black Canadian Studies was created at Dalhousie University in 1991 "to develop black studies in Canada, to produce significant scholarship, and to create bridges between academia and the wider African descended communities" (Dalhousie). The first holder of this chair was Esmeralda M. A. Thornhill, followed by Professor David Divine and Dr. Afua Cooper.