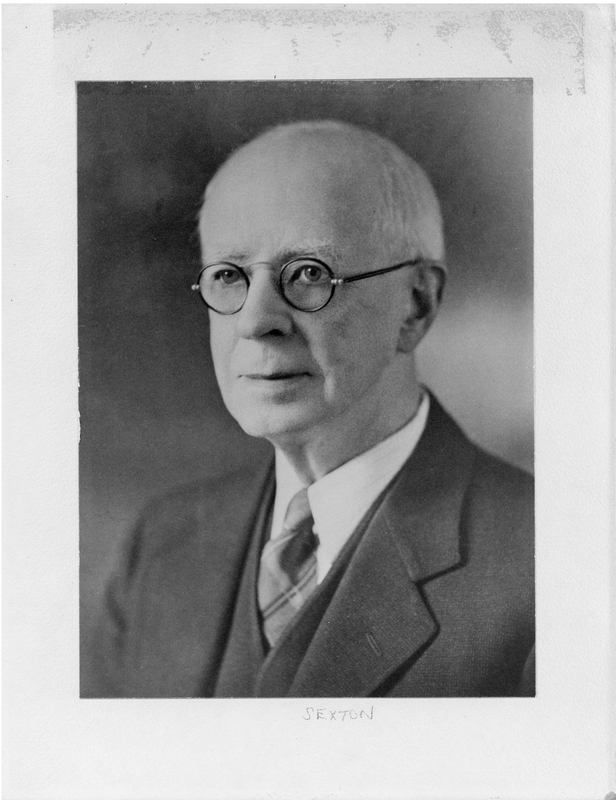 Frederick H. Sexton was born in the United States on June 9, 1879. In 1901, Sexton graduated from the Massachusetts Institute of Technology with a BSc. (mining and metallurgy). He moved to Nova Scotia in 1904 to teach mining and metallurgy at Dalhousie College. He taught at Dalhousie until 1907 when at the relatively young age of 28, he was appointed the first director of technical education for the province of Nova Scotia and the first principal of the Nova Scotia Technical College.

Sexton arrived in Nova Scotia at a time when there had already been much discussion about technical and engineering programs at the various colleges in the region. Many of those involved in higher education believed there was a connection between technical education and economic prosperity. Sexton gave many public speeches and wrote numerous newspaper and journal articles on the topic. Policy makers were in favour of funding technical education but found it politically difficult to fund it at one college without extending the same support to all colleges (of which there were many). This is when The Halifax Board of Trade and the Mining Association of Nova Scotia both stepped in and urged the colleges to meet and come to a consensus on technical education. The colleges agreed to meet and did reach a consensus. Instead of designating one college to be responsible for technical education, they decided that the Government of Nova Scotia should take over responsibility for educating engineers. 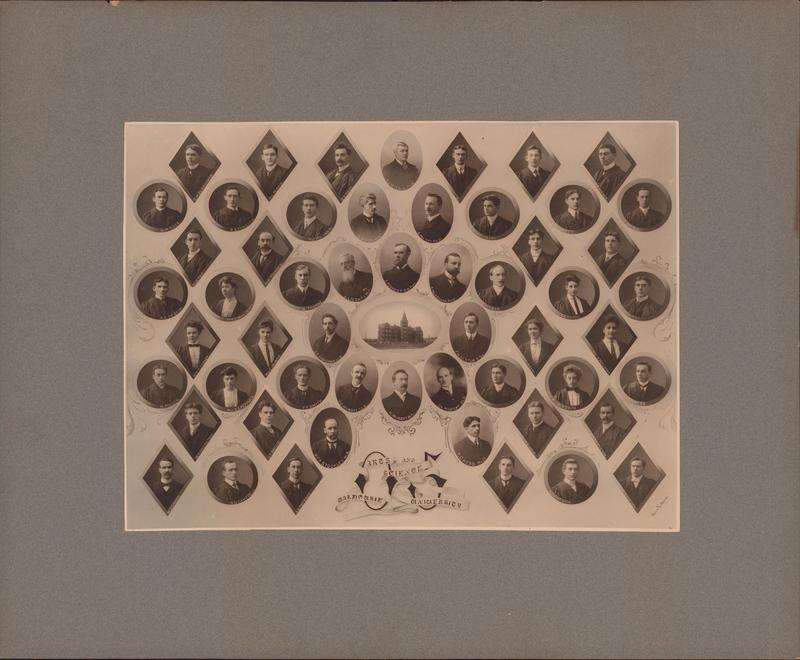 Sexton had already been teaching mining and metallurgy at Dalhousie since 1905 and was such an outspoken proponent of technical education and its societal benefits that he was a natural candidate to run this initiative for the Province of Nova Scotia. Sexton thus became the first principal of the Nova Scotia Technical College (a position that he held until his retirement in 1947). In 1980 the college was renamed the Technical University of Nova Scotia. In 1997, some 80 years after Sexton's departure from Dalhousie, technical education returned to the university when the Technical University of Nova Scotia merged with Dalhousie University. So while his Dalhousie career was very short, lasting just 2 years, Sexton's impact on Dalhousie was significant. The campus bearing his name is now located in downtown Halifax and is the home of Dalhousie's Faculty of Engineering and Faculty of Architecture and Planning. 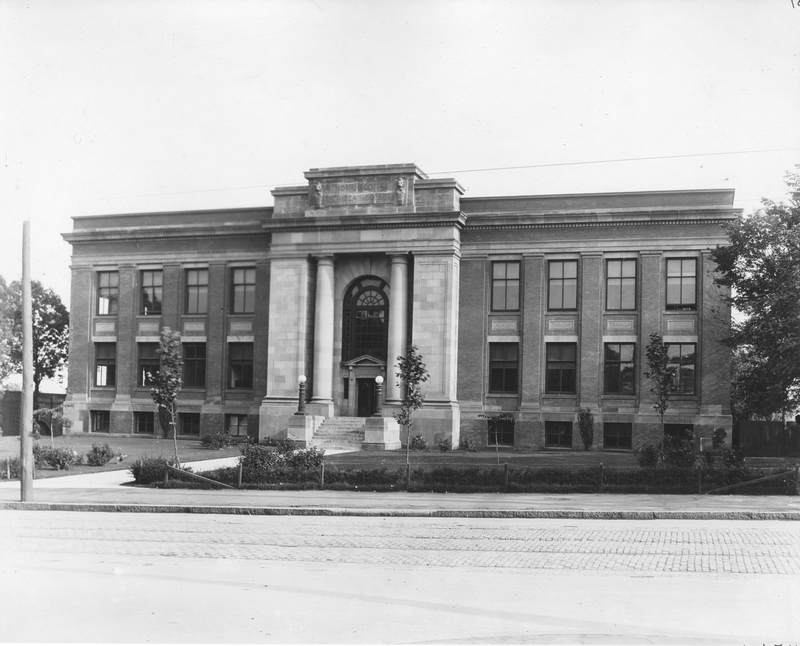 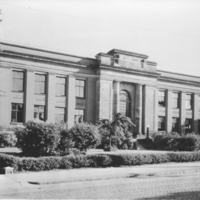 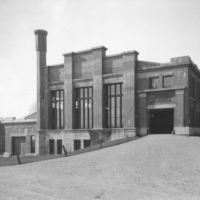 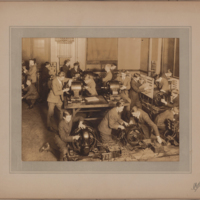 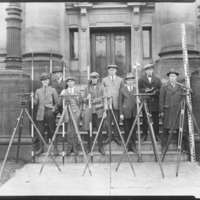 The F. H. Sexton Memorial Gymnasium, also known as the J Building, was built in 1962-1963 on the campus of the Technical University of Nova Scotia. On May 8, 1962, Mrs. Anne Sexton, widow of Dr. F.H. Sexton, turned the sod for the new building. The building was officially opened on May 6, 1963. The gymnasium was designed by architect Andris Kundzins of the firm Duffus, Romans & Single, Architects & Engineers. Its curved roof and striking design led it to be named the most beautiful steel building of the year by the 1963 Canadian Steel Conference.

The building originally housed a gymnasium-auditorium, a common room, a cafeteria, and student and Alumni offices, and was used for convocation ceremonies until 1980. Additions built in 1986, 1992, and 1993 added new weight rooms, racquetball courts, locker rooms, elevators, and links to other buildings. Today, the gym continues to offer fitness classes, intramurals, and a fitness complex as part of Dalhousie University's recreation program. 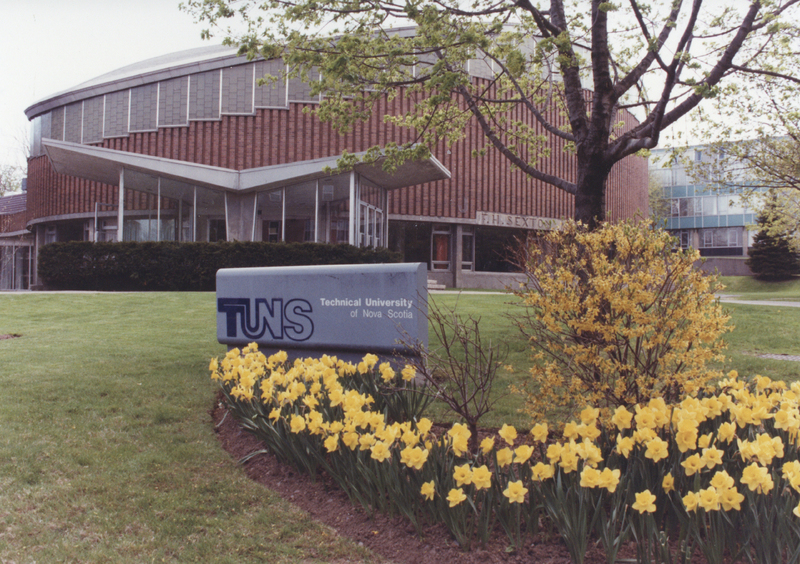 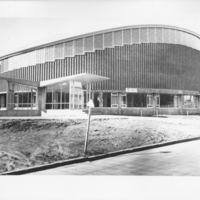 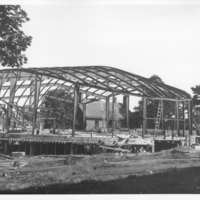 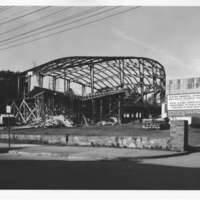 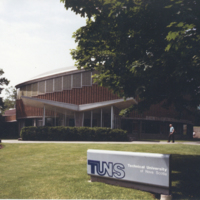 Milligan, G.C. On the rocks : the training of geologists at Dalhousie. [Halifax, N.S.] : Dalhousie University, 1995.