Catalogue of books, manuscripts, maps and documents in the William Inglis Morse Collection 1926-1931. 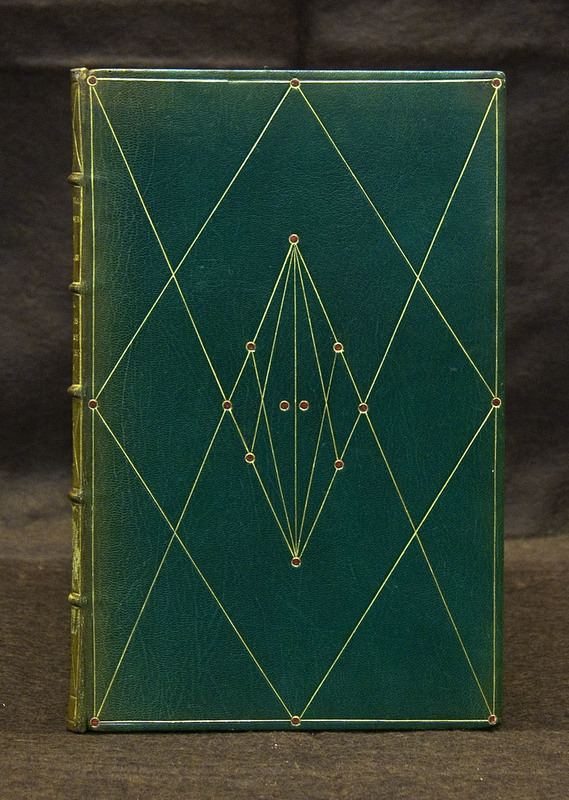 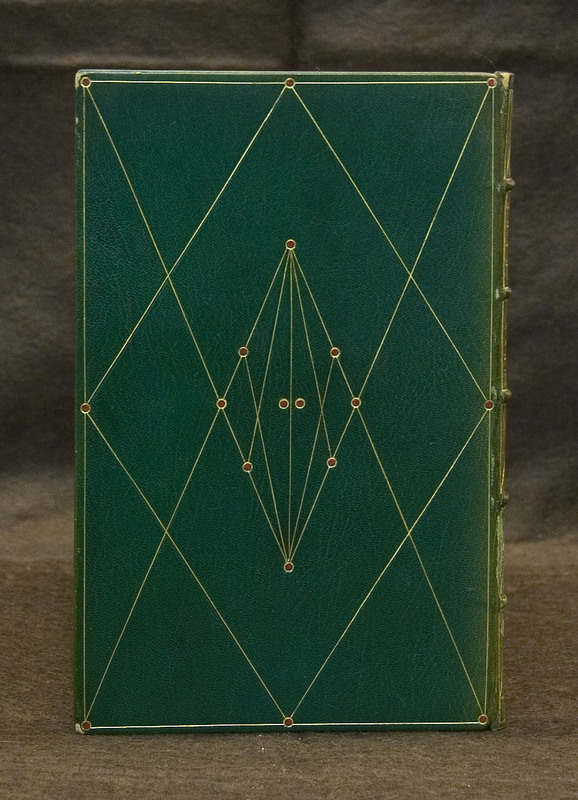 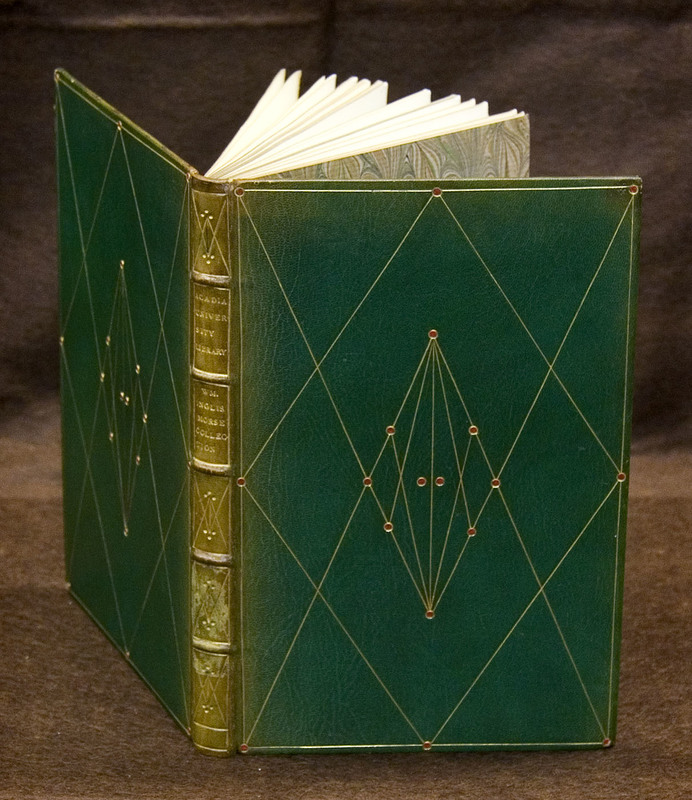 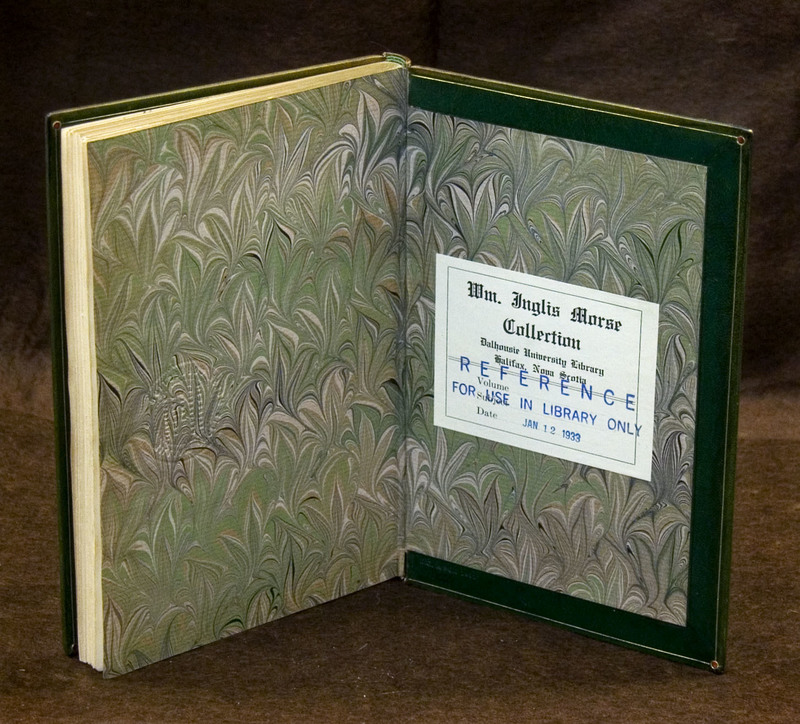 Catalogue of books, manuscripts, maps and documents in the William Inglis Morse Collection 1926-1931.

Special feature:
The geometric cover design is the most striking feature of the binding.  The contract between the simplicity of the design  elements and the complexity of the intricate geometrical pattern created is both striking and pleasing as perfect balance is achieved. The selection of rich red, green and gold colours adds to the overall appeal of the binding.

Edition Statement:
Edition limited to 200 copies printed on handmade paper at the Curwen Press, Plaistow, London. Main print run bound in a two tone brown printed book cloth over boards with the title, CATALOGUE: MORSE COLLECTION, on the spine. Unknown number of copies bound in commissioned full leather fine bindings by Douglas Cockerell.  Cockerell bindings on the title are currently located in the libraries of Yale University and Dalhousie University and the British Library.