Gravestones of Acadie, and other essays on local history, genealogy and parish records of Annapolis County, Nova Scotia with photographs by the Author 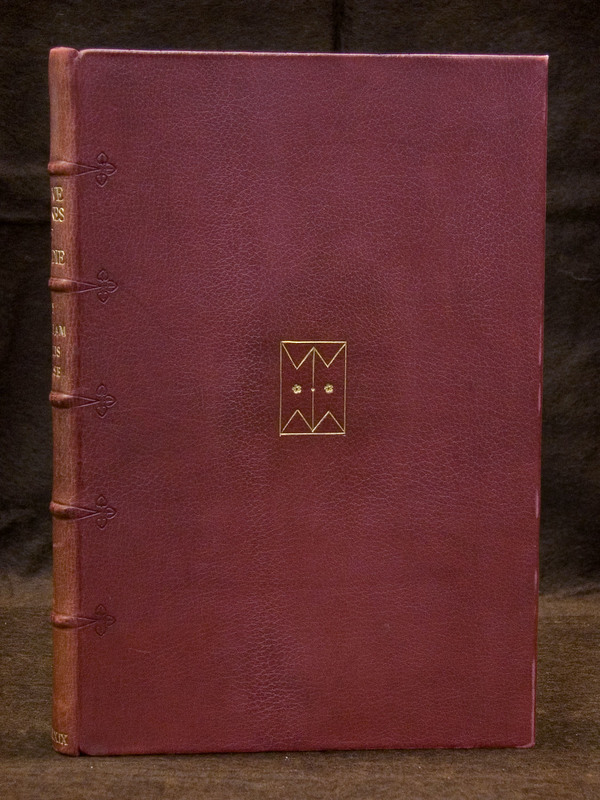 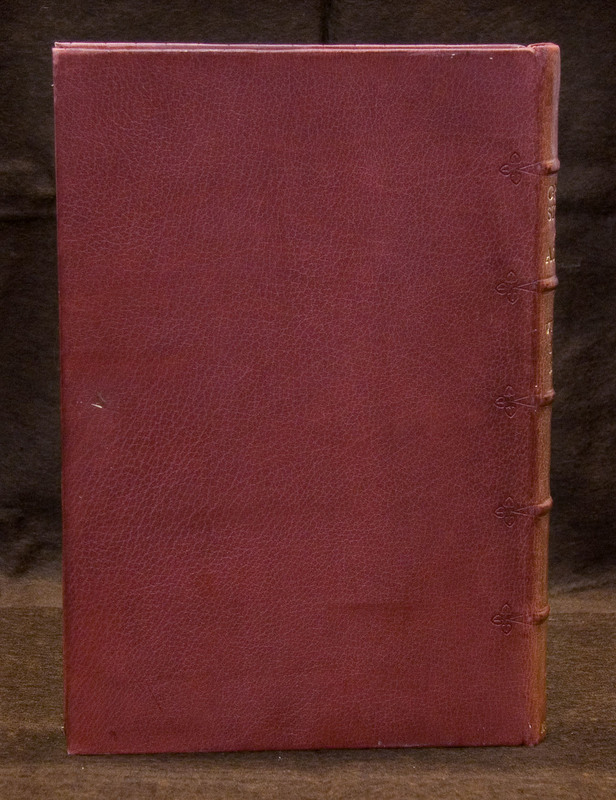 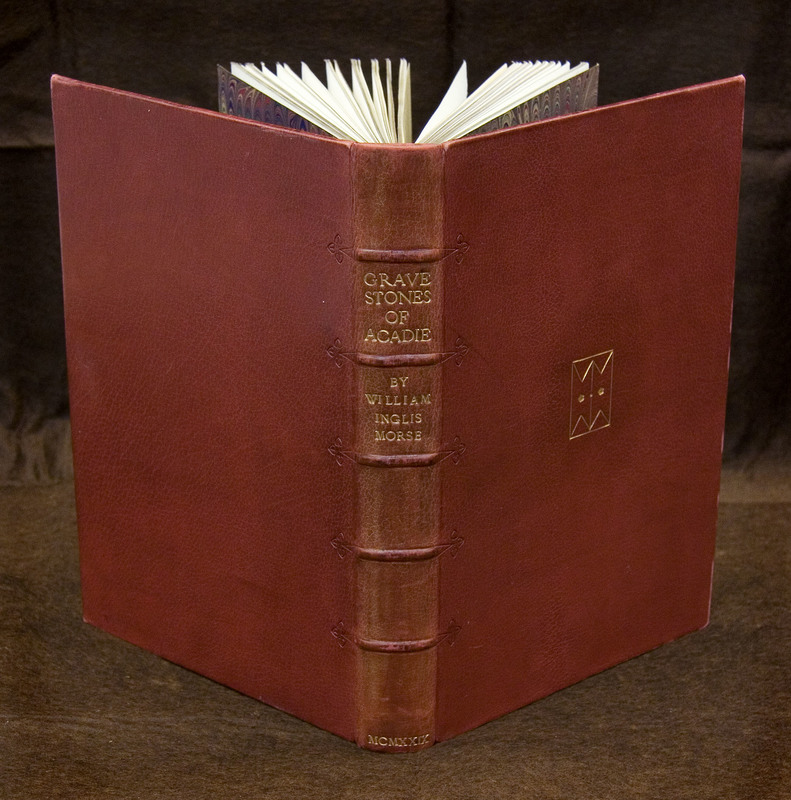 Gravestones of Acadie, and other essays on local history, genealogy and parish records of Annapolis County, Nova Scotia with photographs by the Author

Item is a series of photographs displaying a binding of Gravestones of Acadie, and other essays on local history, genealogy and parish records of Annapolis County, Nova Scotia with photographs by the Author done by Douglas Cockerell.

Binding Description: Full brown morocco leather binding; front cover decorated with a simple decorative motif composed of single gilt fillets forming the monogram “WIM” and enclosed by a single gilt fillet border, two flower tools  evenly spaced on either side of the “I” and a gilt dot evenly spaced in the middle of  the “I”; spine has five raised bands which form six compartments, gilt title in upper case letters in the second compartment from the top, author’s name in gilt in the third spine compartment and date of publication in gilt Roman numerals at bottom of the lowest compartment; raised bands out-lined on either side by blind fillets that extend on both sides to a point one centimeter  onto  the front and back covers, three evenly spaced blind stamped leaves highlight the end of each point on both the front and back covers; top edge of text trimmed and in gilt, other two edges of text block untrimmed; leather turn-ins on both front and back  inside covers are decorated by blind fillets on the inner and outer edges of the leather turn-in, a series of gilt dots evenly spaced one centimeter apart are set along the inner side of the outer blind fillet; “DC & SON 1930” blind stamped in lower left corner of back cover leather turn-in; front and back endpapers in the distinctive Cockerell marbled paper pattern in shades  of red, green, blue and cream inks.

Special Features:
The under-stated blind tooling that draws attention to the spine’s raised bands is very effective as a decorative feature.  The sweeping flow of complementary colours in the marbled endpapers is very pleasing.

Edition Statement:
Published in a numbered limited edition of 500; printed on handmade paper by A. Smith & Co. of London, England. Text designed by W.B. Dalton* and W.H. Amery**, with the  assistance of the Artistic Typography Class of the Camberwell School of Arts and Crafts, London.  Main print run bound by the binding firm of Sangorski and Sutcliffe of London in quarter brown morocco leather with brownish red cloth covers and spine with five raised bands, gilt titling and gilt date and name of author are on spine. Unknown number of the 500 were bound in commissioned full leather fine bindings  by Douglas Cockerell and encased in slipcases of wooden boards covered with Cockerell marbled paper and lined with white felt. Copies with Cockerell fine bindings are located at Acadia University, Dalhousie University and Harvard University.

*William Bower Dalton (1868-1965) was the talented British craft pottery designer and teacher who served as Principal of the Camberwell School of Arts and Crafts in London  from 1899 to 1920 and as curator of the South London Art Gallery for over twenty years.  He moved to Connecticut after his studio and home were destroyed during World War II.  A personal friend of William Inglis Morse, Dalton was often consulted on creative aspects of Morse’s publishing ventures.  (Biographical details in Victoria and Albert Online Journal, Issue no. 4, summer, 2012).

** W.H. Amery was the letterpress printing instructor at the Camberwell School of Arts and Crafts in the 1920s. (Source: Arts and crafts: A review of the work executed by students in the leading art schools of Great Britain and Ireland. London: The Studio, 1916. page 4.)

Gravestones of Acadie, and other essays on local history, genealogy and parish records of Annapolis County, Nova Scotia with photographs by the Author. Limited edition: #23 of 500. London: Printed by A. Smith & Co., 1929. Dalhousie Unviersity Libraries Special Collections.