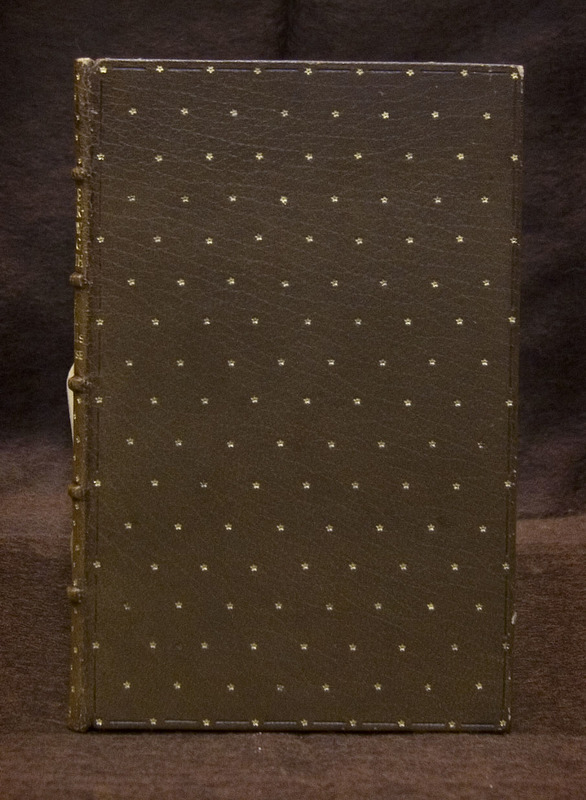 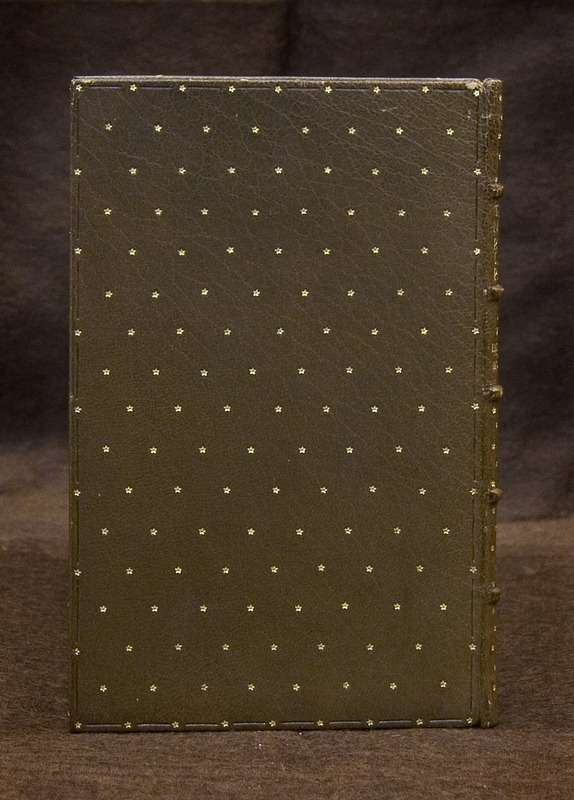 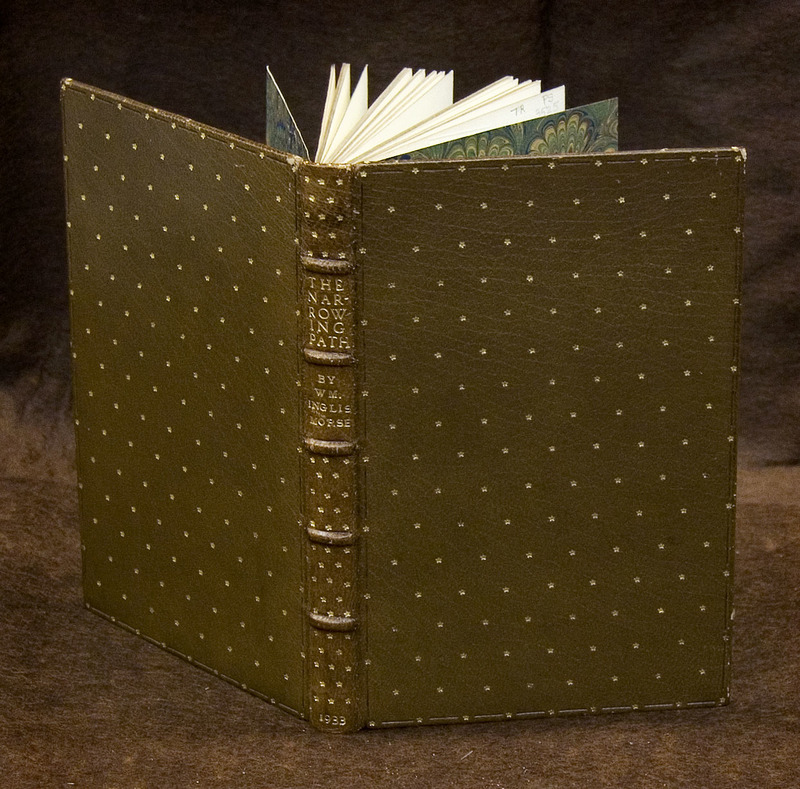 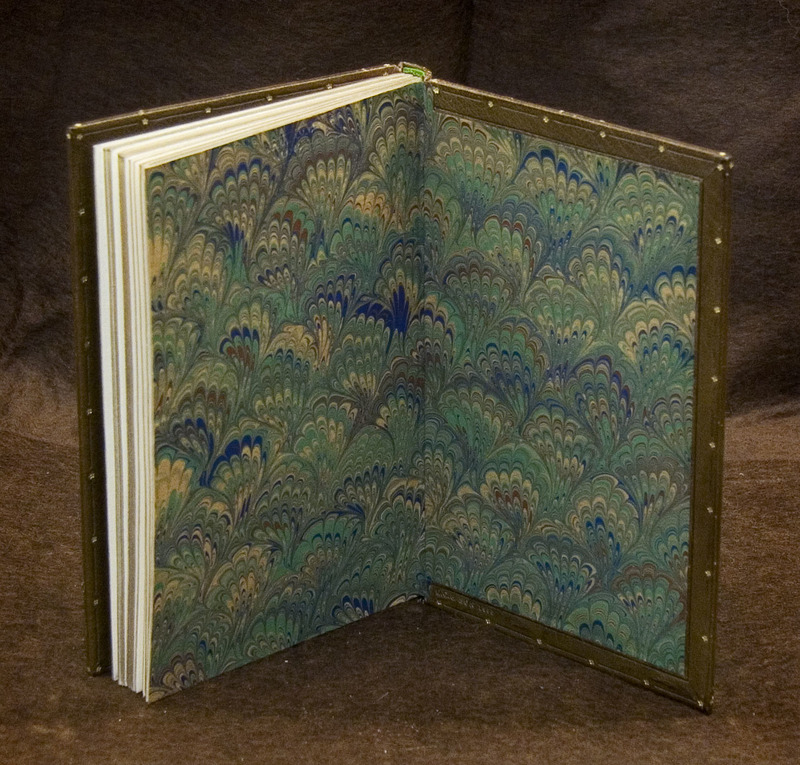 Item is a series of photographs displaying a binding of The Narrowing Path written by William Inglis Morse and bound by Douglas Cockerell.

This volume is bound in medium-brown full morocco leather. Both front and back covers are outlined by a broken blind fillet with a single gilt star ornament in the fillet gaps. Decorating the front and back covers is a field of evenly spaced rows of small gilt stars, and the four corners of each cover is stamped with the single gilt star tool. The leather turn-ins are also adorned with single gilt stars, which fill the gaps of the inner single blind fillet. A broken single fillet with the gilt star tool in the fillet gaps lines the outermost edges of the covers. Five raised bands are prominent on the spine, forming six compartments with the title in upper case lettering and stamped in gold in the second compartment from the top. Similarly stamped in gold in upper case lettering is “BY WM. INGLIS MORSE” in the third compartment from the top, and the date of publication is stamped in gold in the bottommost compartment. All text edges are gilded. Compartments one, four, and five are randomly stamped with the gilt star tool, and trimming the head and foot of the spine are four tiny gold dots and green silk head- and tailbands. “D.C. & SON 1933” is blind-stamped on the lower left corner of back cover turn-in, and the front and back endpapers feature the distinctive Cockerell marbled paper pattern in green, blue, red and gold inks.

Simplicity and symmetry of the all-over cover design in small gilt star binding tool creates a pleasing and unique fine binding for William Inglis Morse’s book of poetry based partially on memories of his childhood in rural Nova Scotia.
On verso of front endpaper the manuscript note in William Morse’s hand: “Review by Lord Dunsany*, Dunsany Castle, Co. Meath, Ireland, Feb. 1. 34 Thank you very much for the book. I have enjoyed reading it. I like the pleasant rural atmosphere of it, which to my mind is so much better a material for the arts than the towns can ever be; for in the towns men can get no further than the highest points of their own cleverness, whereas the countryside is much closer to the unity we all guess at. Dunsany”
On recto of first front flyleaf the following note in black ink in William Morse’s hand: “This special copy bound by Douglas Cockerell is not to be removed from the Collection. W.I.M.”
*Edward Plunkett, 18th Baron of Dunsany (1878-1957) was an Anglo-Irish writer and dramatist.

The Narrowing Path, 1901-1920. Limited edition of 300. London: Printed for the author at the Curwen Press, 1933. Dalhousie University Libraries Special Collections.