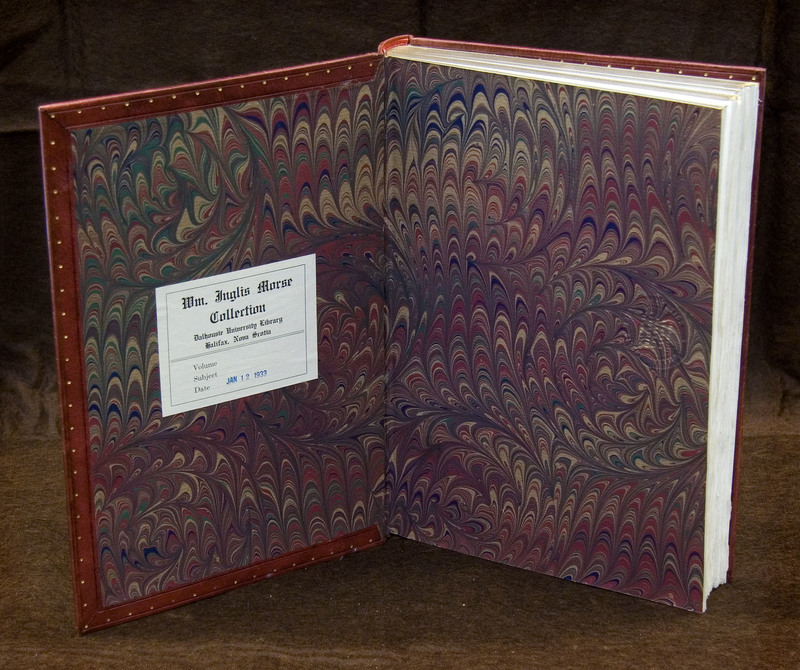 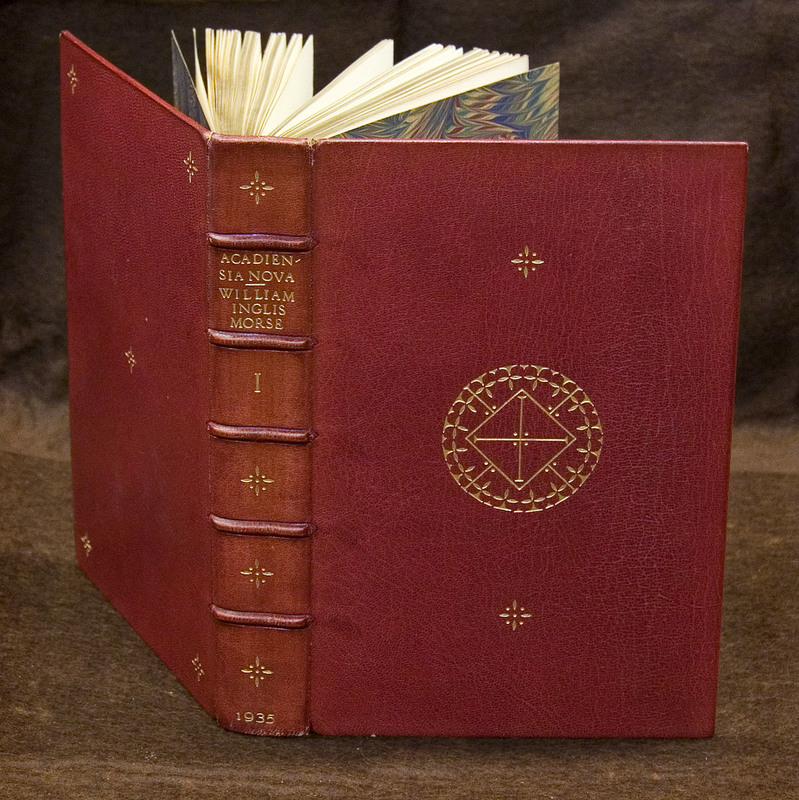 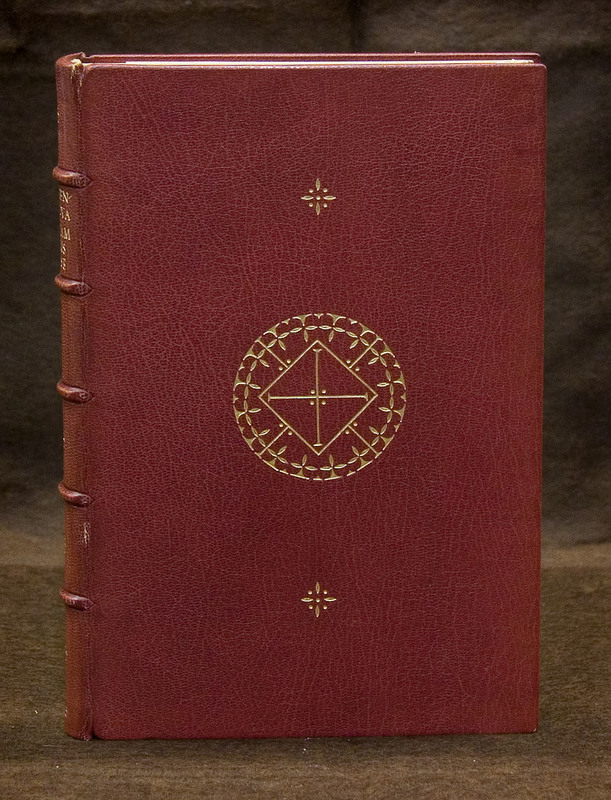 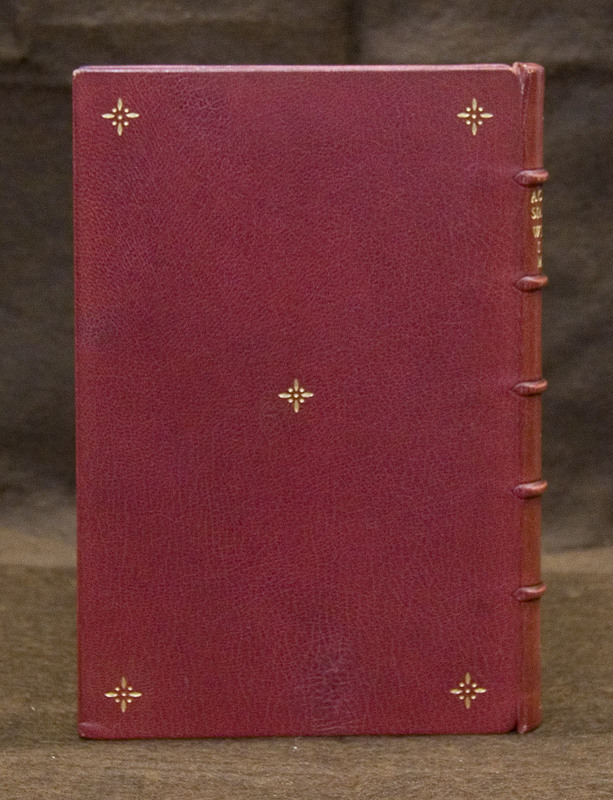 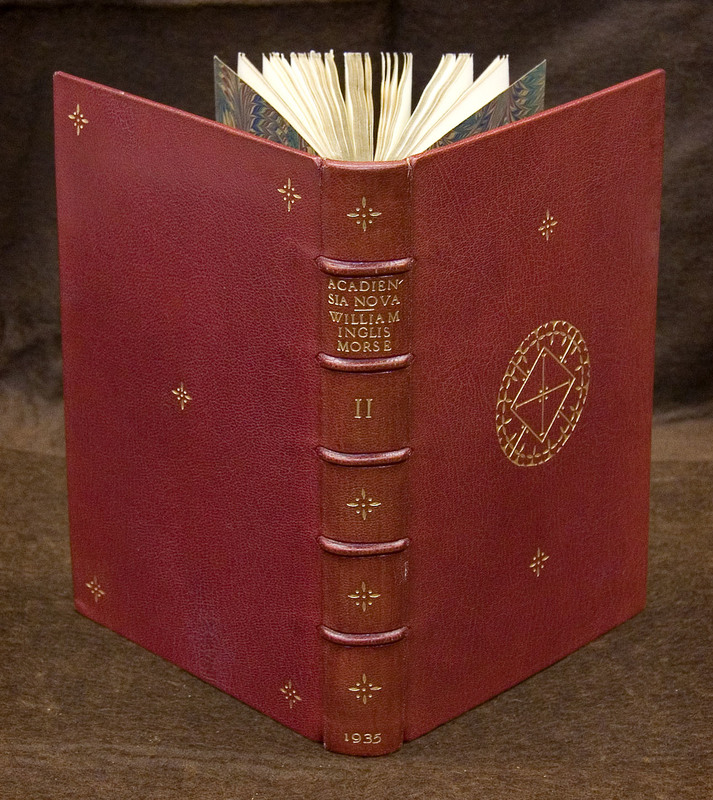 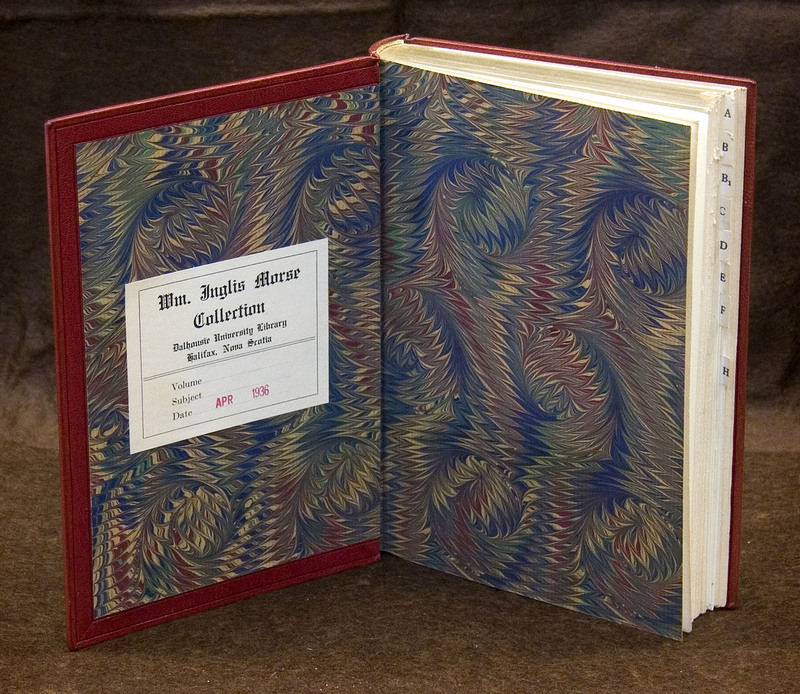 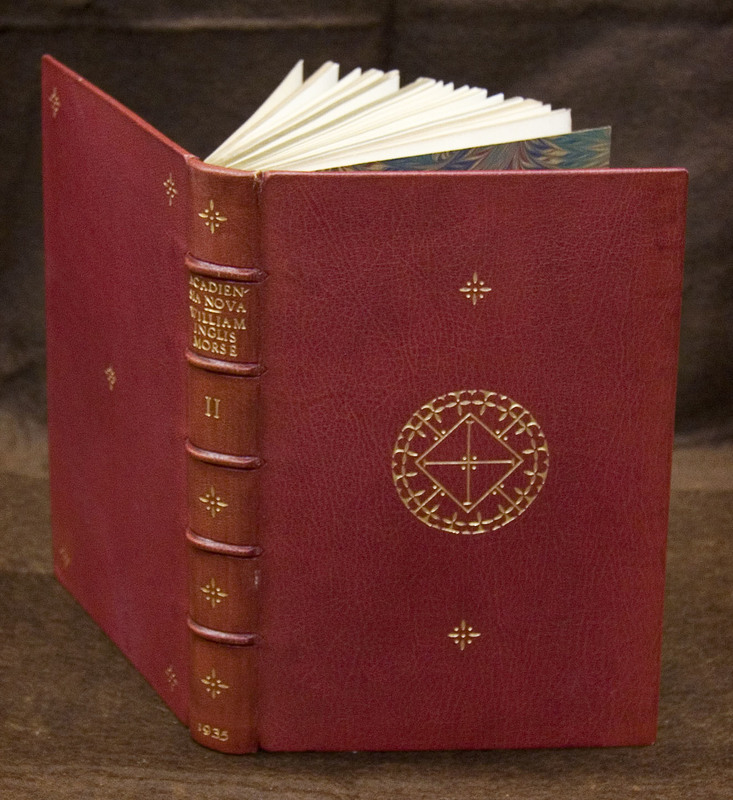 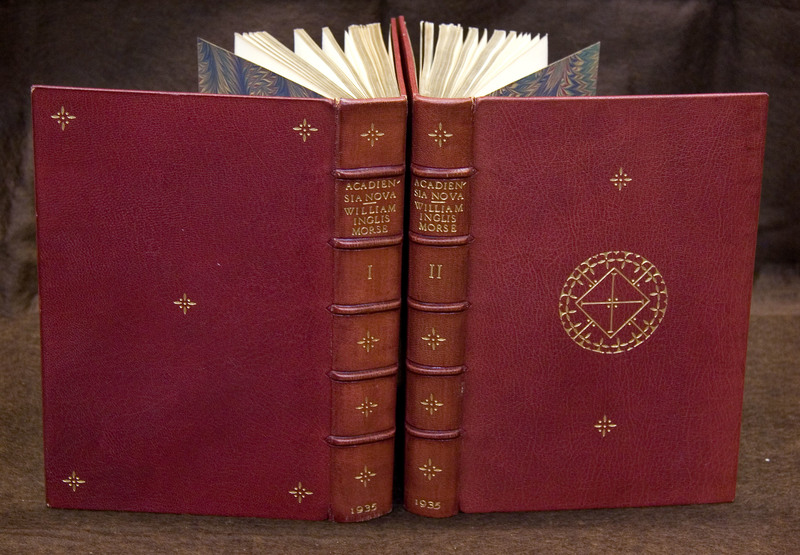 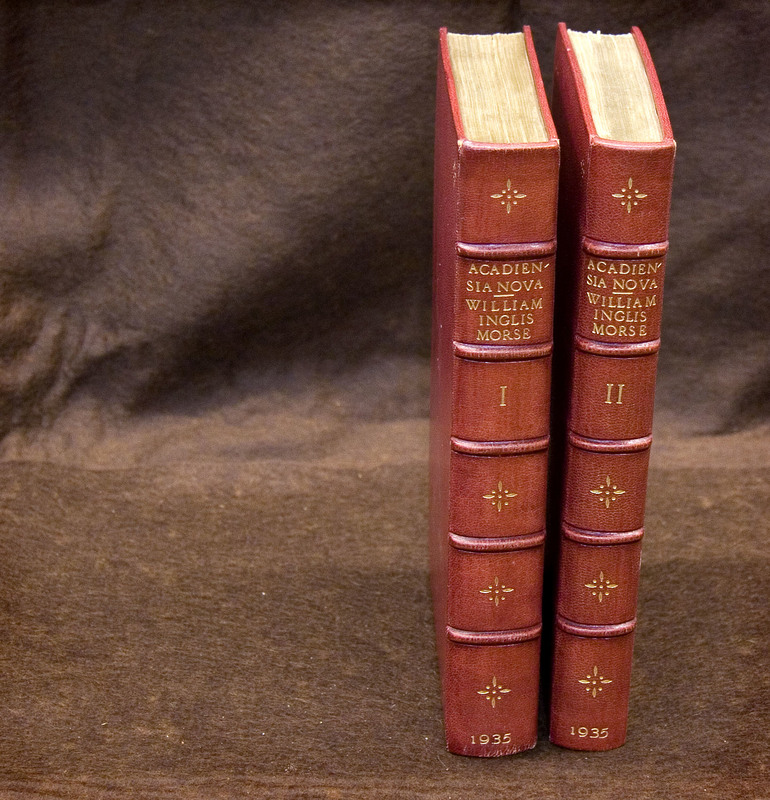 Binding Description:
Both volumes bound in full red morocco leather bindings; front covers feature a centered circular motif composed of gilt leaves, dots, fillets and two sizes of a triangular binding tool around a centered cross of gilt fillets, a decorative feature created by four small gilt leaves alternated with gilt dots around a single gilt dot are spaced above and below the centre motif, this decorative feature is repeated at the four corners of the back covers , in the very centre of the back covers and in the top and bottom three compartments on the spines; spines have five raised bands outlined in blind fillets; gilt title and editor’s name all in upper case in the second spine compartment, volume  number in gilt and in Roman numerals in the third compartment from the top, year of publication in gilt in the bottom spine compartment , gold thread headbands at head and tail of spine in both volumes;  leather turn ins outlined by two blind fillets, “DC & SON 1935” stamped in gilt on the back cover lower left leather turn ins; front and back endpapers in the distinctive Cockerell marbled paper pattern in complementary tones of blue, green, burgundy and gold; gilt top edge of text in both volumes with other two edges untrimmed. In Volume II the eight folded inserts are neatly flagged with printed tabs.

Special Feature:
Creating two identical fine bindings takes a great deal of skill and dexterity as even the slightest difference in the pattern will be immediately noticed by the discerning eye. The bindings on the two volumes of this set are beautifully identical with a simple, balanced and appealing gilt design on rich red morocco leather.

Edition Statement:
Published in 1935 by Bernard Quaritch Ltd. of London in a limited edition of 375 copies. All copies printed on Barcham Green’s handmade paper at the Curwen Press, Plaistow, London. Numbered copies with numbers 16 to 375 bound in full green buckram. Numbers I-XV bound in commissioned  full leather  fine bindings by Douglas Cockerell ; number 3 is owned by the Dalhousie University Libraries, number 13 by the Harvard University Library and number 15 by the Yale University Libraries.