Some observations relating to the present circumstances of the Province of the Massachusetts-Bay; humbly offered to the consideration of the General Assembly 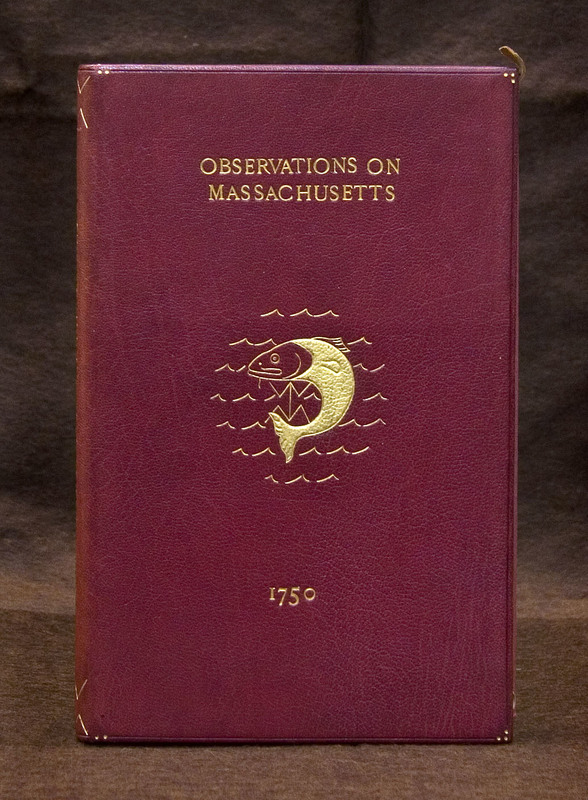 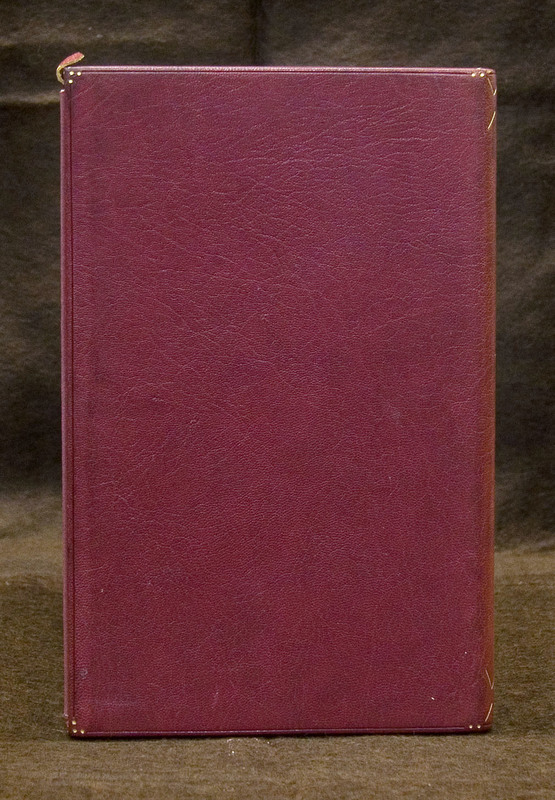 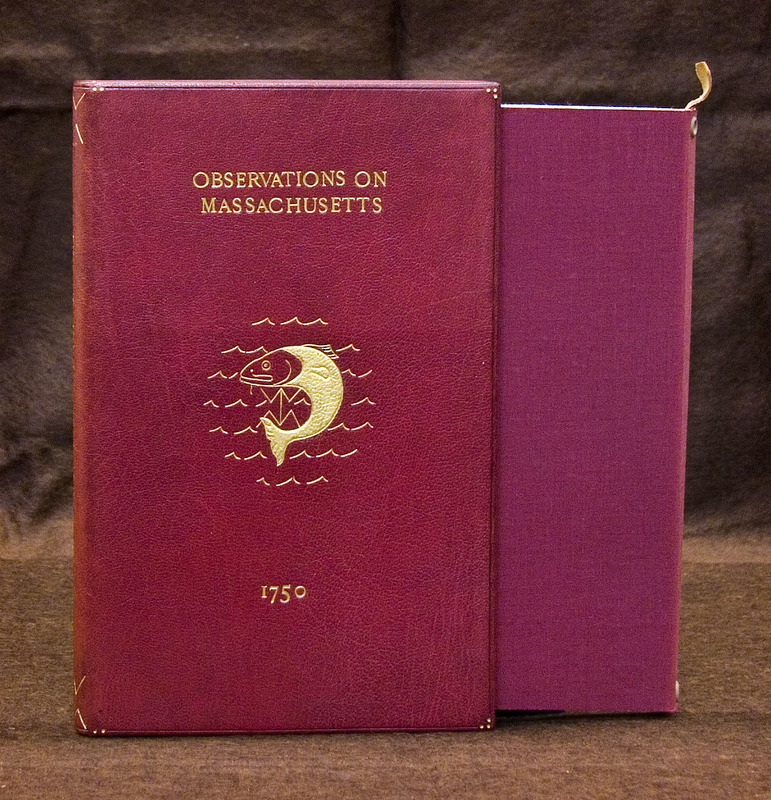 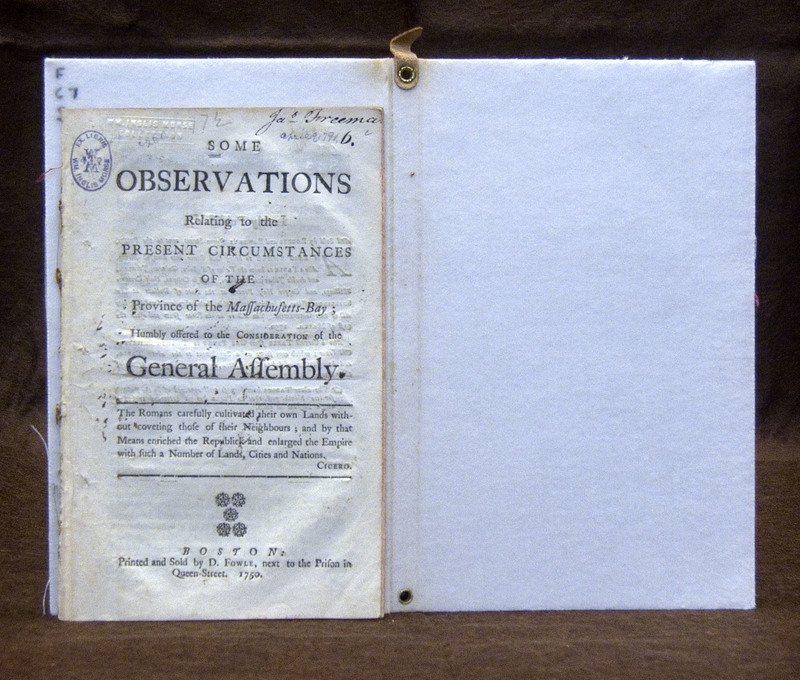 Some observations relating to the present circumstances of the Province of the Massachusetts-Bay; humbly offered to the consideration of the General Assembly

Item is a series of photographs displaying a binding of Some observations relating to the present circumstances of the Province of the Massachusetts-Bay; humbly offered to the consideration of the General Assembly done by Douglas Cockerell.

Slipcase:
Full red morocco leather over heavy boards; both front and back panels out- lined by a single blind fillet, three gilt dots at the top and bottom corners of front and back panels and two gilt dots at top and bottom corner at spine edge on both back and front panels, front cover decorated with the motif of a codfish within seven rolls of wavy gilt lines, body of fish in solid gilt and head out-lined in gilt, the “WIM” monogram composed of William Inglis Morse’s initials in gilt is partially encircled by the fish’s body, the abbreviated pamphlet title, Observations on Massachusetts, is centered above the codfish motif and the year 1750 is centered below the codfish motif, both title and date are in gilt; rounded spine with blind fillet at head and tail, monogram “WIM” in gilt at head and tail of the spine, the abbreviated pamphlet title used on the front cover is in gilt on the spine; top and bottom panels out-lined in single blind fillet on all four edges with single gilt dots in all the four corners; single blind fillet with four gilt dots in each corner out-line the edges of the boards at the opening edge at top and bottom; quarter of an inch leather turn in ; slipcase unlined.

Special Feature:
The elegant codfish motif on the slipcase cover is the most eye catching element on the slipcase binding. The few wavy gilt lines in the cover motif effectively give a sense of place and motion. The insertion of the “WIM” monogram in the main decorative feature in very well executed. The fine binding that encases the pamphlet pays tribute to the historical significance of the early colonial pamphlet which recounts New England involvement in returning Cape Breton to the British.

Edition Statement:
Unknown number of copies printed of a political tract published in Boston by Daniel Fowle, a printer specializing in pamphlet publishing. The political tracts of the period were published anonymously and  like the one described here, frequently captured the undercurrents of resentment against colonial rule. Twenty- three copies are currently located in North American and Great Britain libraries.

Some observations relating to the present circumstances of the Province of the Massachusetts-Bay; humbly offered to the consideration of the General Assembly. Boston: Printed and sold by Daniel Fowle, next to the prison in Queen Street, 1750. Dalhousie University Libraries Special Collections.

“Some observations relating to the present circumstances of the Province of the Massachusetts-Bay; humbly offered to the consideration of the General Assembly,” Dalhousie Libraries Digital Exhibits, accessed May 19, 2022, https://digitalexhibits.library.dal.ca/items/show/2.