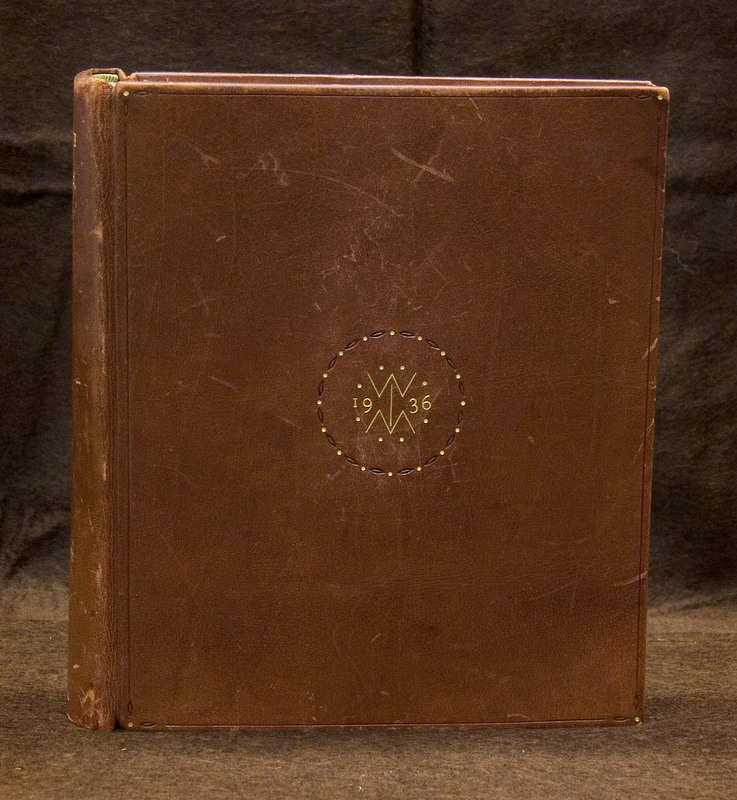 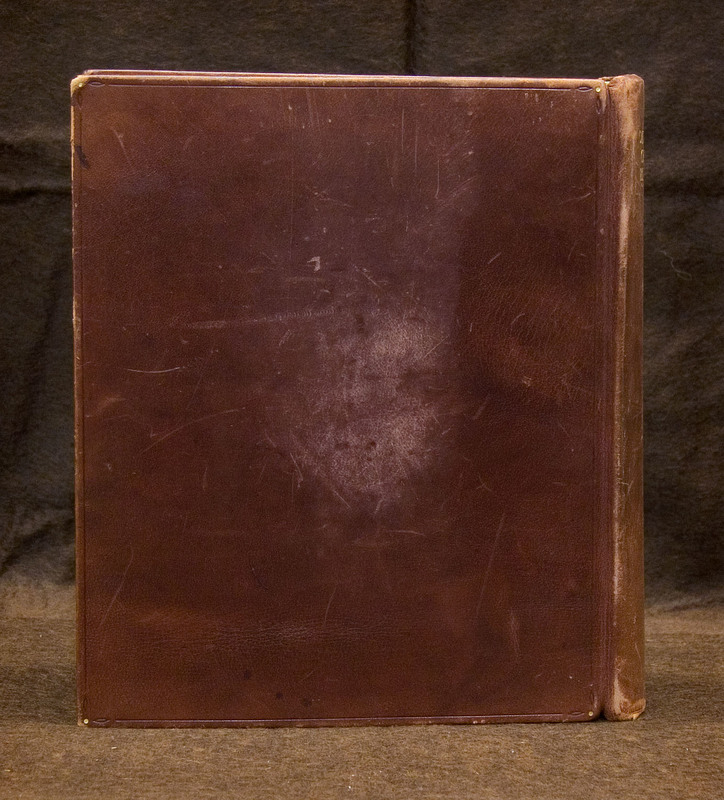 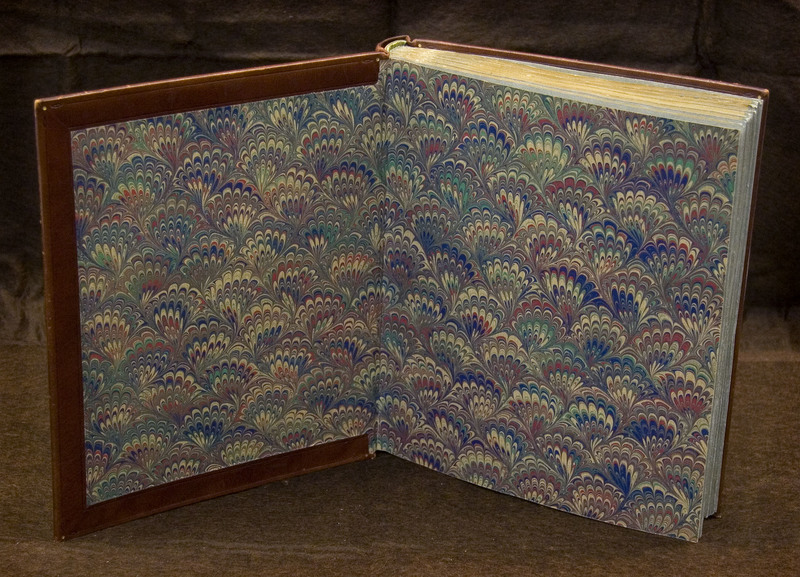 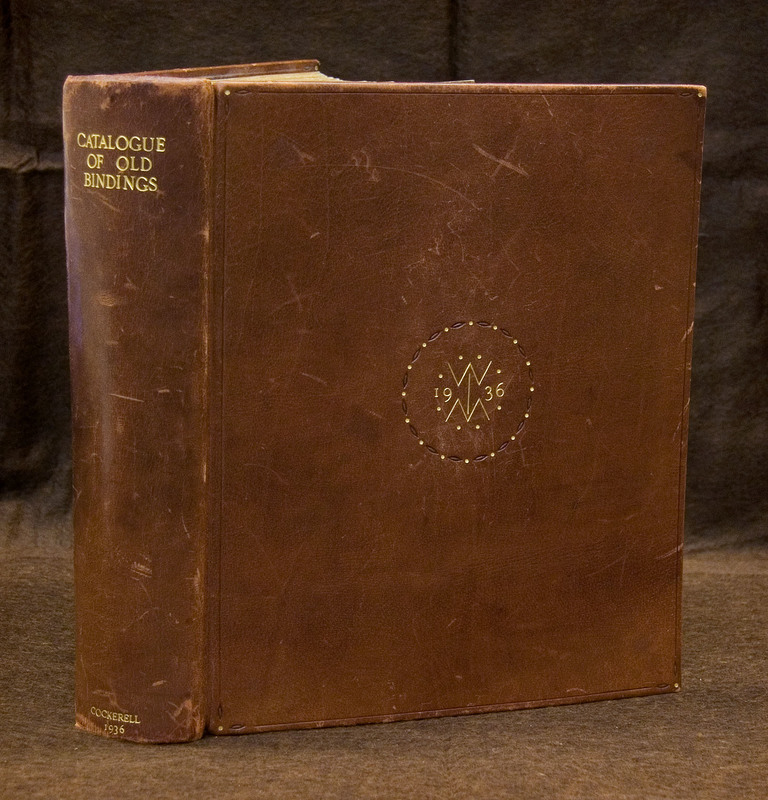 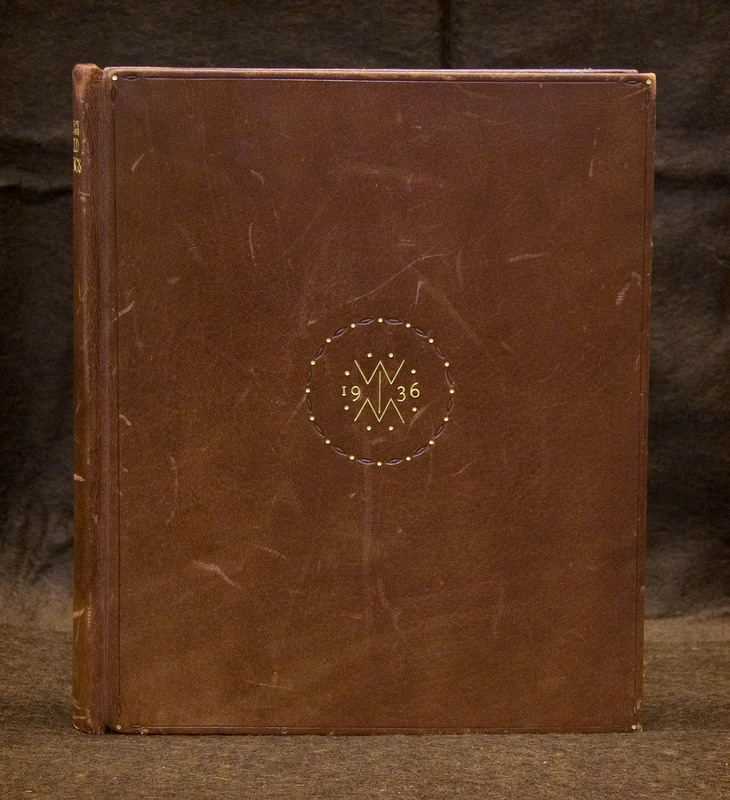 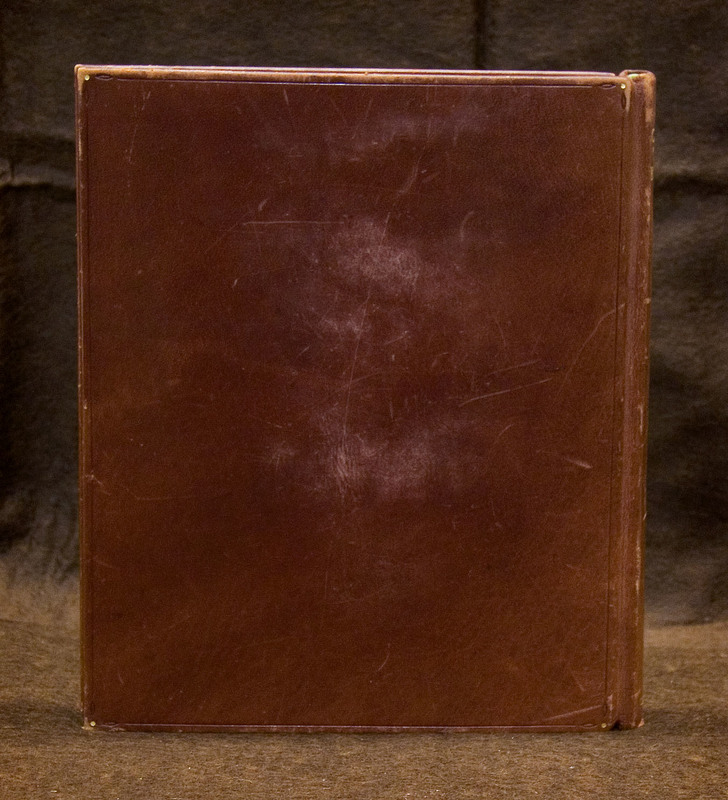 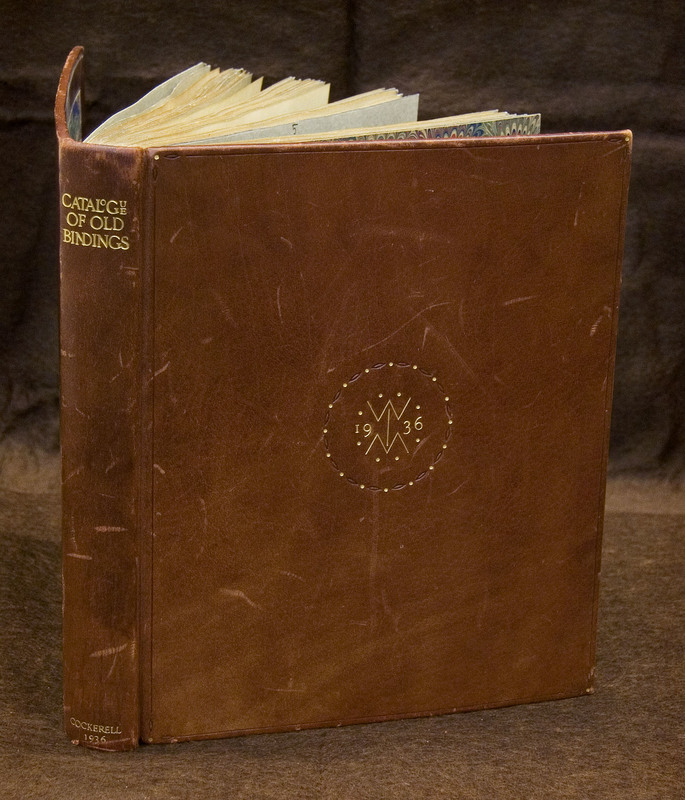 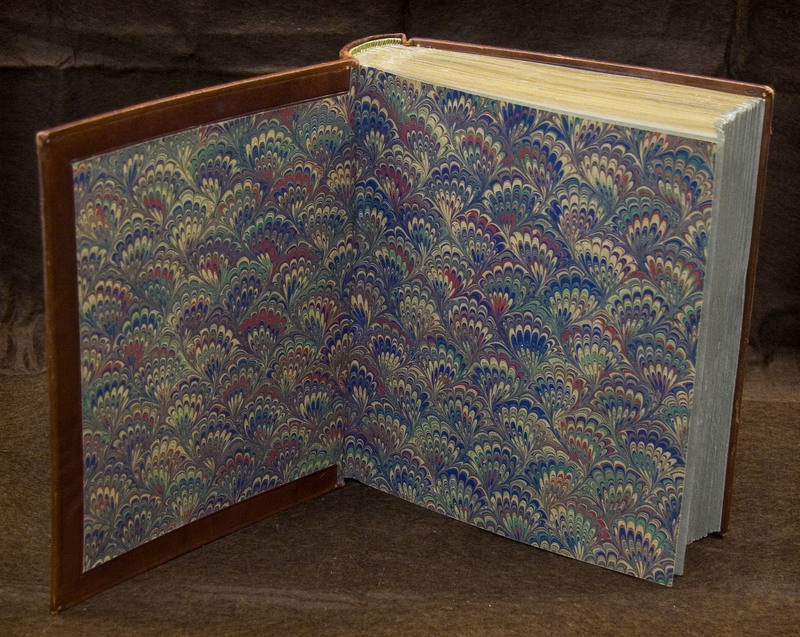 Edition Statement:
A bound catalogue describing 127 titles with interesting bindings collected between the early 1890s and 1936 by master bookbinder, Douglas Cockerell. The first volume contains single sheet typed descriptions of the first 32 titles. Each description is followed by at least one black and white photograph of the title’s binding mounted on heavy medium gray paper. The second volume contains the titles numbered 33A to 107. The typed descriptions on the versos of the pages consistently contain the title, a collation statement and binding information . For a few titles some biographical and / or content information is added. Manuscript notes by Douglas Cockerell on approximately a quarter of the descriptions provide additional binding and provenance details.

Binding Description*:
Full medium brown morocco leather bindings; single blind tooled fillets frame both front and back covers, at the corners are single gilt dots with a single leaf on either side in blind, front covers decorated with a centered motif composed of the gilt monograph “WIM” ( monograph of collection owner William Inglis Morse) with the gilt date “1936” split on the left and right sides of the “I” , monograph is encircled by alternating small leaves in blind and gilt single dots; on the spine in gilt is the title “Catalogue of Old Bindings” and at the bottom in gilt “Cockerell 1936”; leather turn ins outlined in single blind fillets, one fillet at the inner edge and the second on the outer edge, corners decorated with a single gilt dot in each corner and a single leaf in blind on either side of the gilt dot ; end papers in the distinctive Cockerell marbled pattern in lush tones of green, blue, red and cream inks , “ D.C. & SON 1936” stamped in blind on the lower left corner of the back cover turn in.

Special Features:
Even though the catalogue is very much a basic descriptive record of a binding collection, it is given an elegant and visually pleasing binding. The skill of the master bookbinder is seen in the design of the binding. To accommodate the single sheet descriptions and the many sheets of mounted photographs, an elaborate internal structure was constructed. The marbled paper used for the endpapers was especially pleasing and added to the creation of a special catalogue for a set of treasured volumes.

*The same binding is on both volumes.